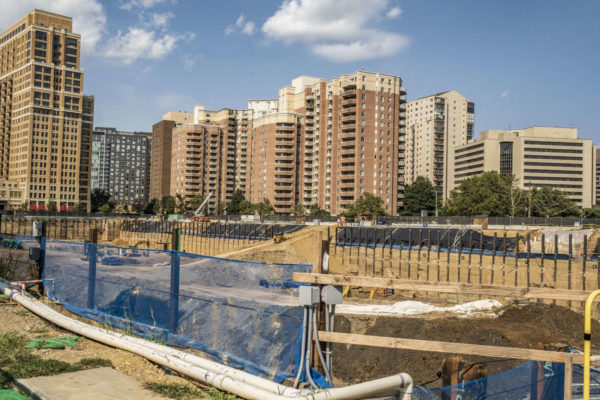 Arlington was the big winner of the biggest economic development prize of them all: Amazon’s HQ2.

But Amazon’s second headquarters is nowadays feeling like a very distant second, behind the tech giant’s growing presence in the Seattle area.

“The real HQ2: Amazon adding 10k more jobs in Bellevue, growing further beyond downtown Seattle,” was one headline from earlier this month.

“Amazon to Have as Many Workers in Seattle Suburb As Virginia HQ2,” was another.

Amazon, which is still busy building the first half of its permanent office campus in Pentagon City, has not wavered from its original plans: 25,000 employees in Arlington, across 4 million square feet of new office space, over the next decade. That remained the plan even after it scrapped the idea of hiring 25,000 people in New York City as half of a split HQ2.

(The company hired its 1,000th HQ2 employee this summer; it is currently leasing temporary office space in Crystal City.)

But with Amazon’s already lofty stock price up 67% since the beginning of the year, combined with its growing ambitions and newly-announced Seattle area expansion, one might be forgiven for wondering if Arlington and HQ2 is an after-thought at this point.

Suppose for a moment, however, that the company eventually decides to add to its Arlington presence. Is that a move that you would welcome?