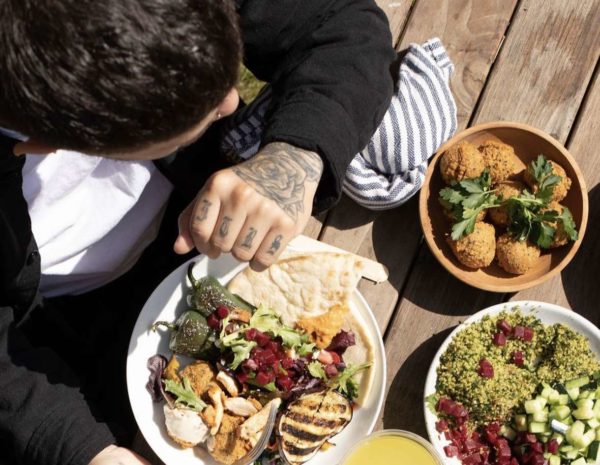 (Updated at 3:20 p.m.) A fast-growing, fast-casual restaurant chain from Southern California appears to be coming to Columbia Pike.

Hummus Republic has applied for permits to build a location at the new Centro apartment development at the corner of the Pike and George Mason Drive.

“Our food is always made fresh and served quickly using organic, sustainable, and locally grown ingredients whenever possible,” says the Hummus Republic website.

The website lists four locations in Southern California, and more than a dozen planned throughout the state and in Ohio, New Jersey, Boston and Seattle. The Arlington location at 952 S. George Mason Drive is listed as “under construction.”

There’s no word on when the restaurant might open.

END_OF_DOCUMENT_TOKEN_TO_BE_REPLACED

More Stories
Lee Highway McDonald’s Backs Off Plan for Second Drive-Thru LaneShould I Go To The Dentist During COVID-19?