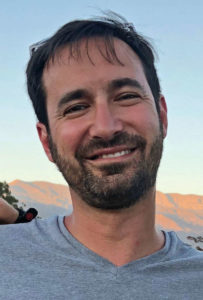 Progressive Voice is a bi-weekly opinion column. The views expressed are solely the authors’.

At this perilous crossroads for our democracy and our planet, Arlington County’s $50.8 million stormwater bond on November’s ballot is probably the last thing on your mind. But how we tackle Arlington’s growing stormwater problem has an awful lot to do with our current reckoning over equity and climate change.

The County is asking us to approve this stormwater bond to fund upgrades to the mostly-unseen system of concrete pipes and culverts that siphon rainwater from our roofs, streets and parking lots into its streams — and eventually the Potomac River. And it is indisputable that such upgrades are badly needed. Our infrastructure, which was largely built in the 1940s and 1950s as single-family suburban subdivisions consumed Arlington’s farmland, cannot handle more extreme weather fueled by climate change.

I have a personal stake in the issue as the owner of a house near Westover, one of the neighborhoods that was devastated by catastrophic rain in July 2019. Our house was spared flooding by mere inches, but our neighbors were not so lucky.

I am concerned, however, that this bond simply addresses the immediate problem without considering it in the context of our larger challenge: shaping a 21st century Arlington that is more equitable and more climate-resilient. Specifically, the County must do better on two fronts: who pays for these stormwater upgrades and who benefits.

At present, the stormwater bond would likely be repaid through stormwater fees, which are currently a flat percentage of a property’s value. That means the owner of a $1.5M surface parking lot, $1.5M McMansion, $1.5M townhome, and $1.5M condo all pay the same, despite contributing to the problem to wildly differing degrees.

The County is conducting a study that may result in stormwater being funded through fees on the amount of impervious surface (meaning buildings, streets and parking) attributable to your property — and thus the amount your property contributes to storm runoff. (The interim study is here.) But the bond was rushed onto the ballot before the study could be finalized. The County should, at minimum, ensure that the public pays the $50.8M under such a more equitable funding system.

But the County should go further. Single-family residential areas are expensive to maintain for an obvious reason: fewer taxpayers per square mile of infrastructure that needs to be maintained. This means that majority of Arlingtonians who live in high-density housing – including renters – pay more than their fair share for streets and sewers, subsidizing the lowest density (and wealthiest) areas. One way we could promote equity is by creating special tax districts so single-family residents with the biggest stormwater problems — such as within the Westover and Spout Run areas that will benefit most from the $50.8M spend — can more directly shoulder the burden of much needed infrastructure upgrades.

To be sure, we accept that tax dollars are often spent to benefit one area or use — and we do so in recognition that such expenditures will indirectly help the community at large. Good schools and good transit create economic value for all of Arlington, so we all pay for school and Metro bonds even though we don’t all have kids or ride Metro. And yes, flood prevention is also a public good. But urban Arlington already subsidizes single-family Arlington, and the way we fund flood prevention in single-family Arlington need not further exacerbate that inequity.

To that end, the County should ensure that these stormwater upgrades efficiently use County resources by including other widely-shared benefits. For instance, the County could add or improve sidewalks, bike lanes, or trails in areas slated for stormwater improvement — and could place a higher premium on green roofs, rain gardens, and other solutions that decrease the volume of water flowing to lower elevations.

The County should also develop a plan for integrating much-needed density and affordable housing into its long-term stormwater planning. For instance, one major source of flooding on my street is the expanses of surface parking at the intersection of Lee Highway and N. Harrison Street. Replacing those strip malls with green mixed-use development would mitigate our flooding problem while allowing a more diverse population to live in the neighborhood.

I will hold my nose and vote for the stormwater bond, and I will do it for my neighbors and others who need immediate relief from our aging stormwater system, trusting that the County Board will address the funding and benefit structure. But with climate and equity crises bearing down on us, we should expect more strategic thinking from our elected officials on an issue that bubbles beneath the surface… until it doesn’t.

Josh Kaplowitz is a lawyer who lives in the Leeway-Overlee neighborhood of Arlington.