I intended a bit of an Oktoberfest round up for the end of September but the calendar kind of goofed with that. Not only is the column off rotation from the official start of Oktoberfest (last Saturday), but my days at Arrowine are very near officially coming to an end.

I’ll be around for awhile folks, don’t worry — you’ve yet to be released from my terrible jokes and stretched references to broadway musicals, Flight of the Conchords, long dead internet memes and The Last Dance — but I’ll be moving this fall, and it’s time to pass the torch to someone that should be familiar to those of you who follow the D.C. area beer scene.

So today’s column is not an Oktoberfest column (but do check out Commonwealth’s, Sierra Nevada’s, Narragansett’s, or bundle Port City’s up with some Meat Crafters Bratwursts for dinner), today we meet your new Beermonger — Jace Gonnerman.

Jace and I have known each other for a little while, his beer program and bottle list were pretty essential study materials for me while working towards my level two Cicerone, and our shared midwest roots led me to pair up a Central Waters/Local Option Petit Mort with some Blue Cheese Mac and Cheese (check our our Dolce Gorgonzola for your own mac). 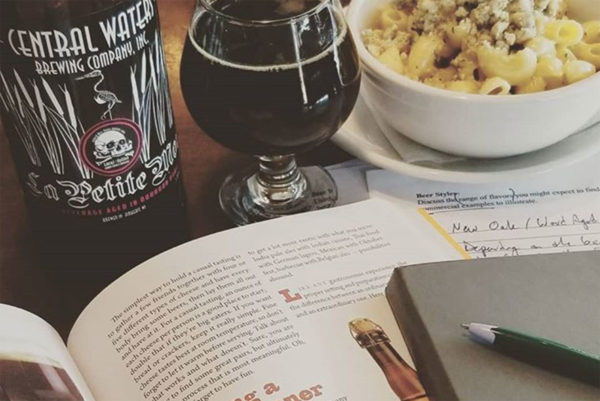 Steve: So Jace, both of us are midwest transplants. I came out here when my spouse got a job with the Federal Government — tale as old as beltway time right? What brought you to the D.C. area?

Jace: Baseball initially. I graduated from Indiana State in 2009 with a degree in Sport Management and Business Administration. I moved to Waldorf, Maryland on New Year’s Day of 2010 to work for the Southern Maryland Blue Crabs Baseball Team. About eight months later I moved into Washington, D.C. and took a position with the same health care consulting firm that everyone works for in their early 20s.

So yeah, my path to craft beer is long and weird, as most are. On top of consulting, a bartending and serving job taken to pay the rent quickly became a career when I fell for beers like Great Lakes Dortmunder Gold and Bell’s Two Hearted at Lou’s. From there I started bartending at Smoke & Barrel in early 2012. Things moved quickly from there and by mid-2014 I was serving as the Beverage Director at Meridian Pint and Brookland Pint as well.

Steve: I can’t lie, I miss pouring over the beer list at Brookland Pint for myself but also picking out beers to go with the pairing meal we offered with City Brew Tours — I kinda want to see what your ideal pairings with that plate would be — so from sweet potato wedges to buffalo wings, what do you got?

Jace: Sweet Potato Wedges — I always like something malty but still crisp here. Any darker lager is great (Vienna, Tmave Pivo, Dunkel, etc). An American Amber is a good pairing as well, especially if using a creamy/fatty dip.

Pint House Salad — The Pint House salad is classic and simple in its preparation. Mixed greens, a few veggies and a house balsamic vinaigrette. A classic, unfruited Gose (sour German wheat beer) such as Union Old Pro would be a great compliment here. A classic Witbier such as Port City Optimal Wit or Allagash White would be another tremendous pairing.

Bean and Cheese Quesadilla — A classic Pale Ale or IPA would be my first choice here. As much as I love the current soft/juicy/hazy IPA trend, the fact is they’re pretty poor food pairings. A classic example with a firm bitterness and bit of malt backbone is going to cut some of the richness of the bean/cheese/butter trio. 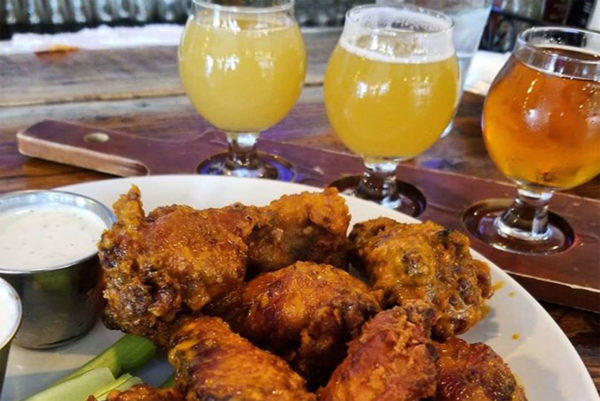 Beer Brined Buffalo Wings — The classic pairing here is IPA. I love IPAs. I love spicy food. I do not love them together.

To me the heat and hop character distort each other in an unpleasant way. My favorite pairing is a relatively hoppy Pilsner or pale lager. Enough herbal/floral hop character to be refreshing, but without a lot of the big citrusy and tropical character of modern IPAs that tends to get twisted. Victory Prima Pils would be great here. Ocelot Sunnyside Dweller, Fair Winds Pohick Bay, DC Brau Pils. My mouth is watering.

Steve: That’s… that’s pretty darn good and I think I just planned dinner for tonight. Okay, bonus round pairing. The Tour Guide Meal. If I managed to stop talking on tour long enough to eat, my go to was usually a Super Wing, but the Bacon and Boursin Burger was probably one of my favorites on the menu, I just never got to have a beer with it on the job. What’s your go to beer for burgers?

Jace: Pairing burgers and beer is a little like pairing pizza and beer — you need to know what’s on it. A plain burger will get a somewhat different pairing than a bacon/blue cheese/caramelized onion burger. As a general rule, classic American Pales and IPAs work well. As do lagers. If the burger starts getting into sauteed mushroom and onion/blue cheese territory, a classic, roasty porter or stout is a great match.

Steve: Well… now I need a burger with a side of buffalo wings, half a quesadilla, some sweet potato wedges and a salad for good measure. Since I’m writing at 10-10:30, I’d even say throw a pizza on there too, but we know how that turned out for Jordan.

Speaking of stretched references to The Last Dance, are you going to continue the now weeks long tradition of the Beer Department referencing the Three-peat Repeat Bulls Documentary every chance possible? Or is this you? 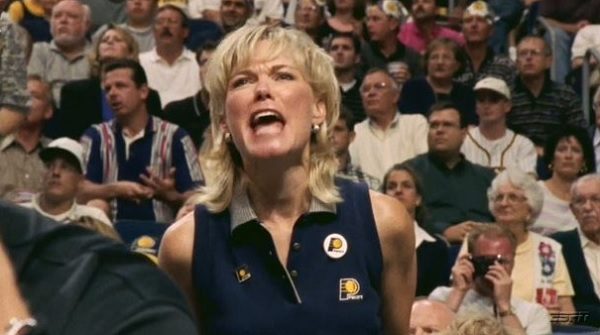 Jace: I’m a huge basketball fan in general, both college and pro. Accordingly, I was a huge fan of The Last Dance and intend to uphold his tradition.

Steve: It’s nice to know a legacy you spent minutes building will live on.

Jace Gonnerman has spent nearly a decade immersed in the D.C. area craft beer scene. He served on the opening staff at Lou’s City Bar before rising to the role of Beverage Director at craft-focused spots Meridian Pint, Brookland Pint, and Smoke & Barrel. He’s also consulted with local institutions such as The Washington Football Team and Lost Dog Alexandria.