This sponsored column is written by Jace Gonnerman, beermonger at Arrowine (4508 Lee Highway). Sign up for the email newsletter and receive exclusive discounts and offers. Order from Arrowine’s expanding online store for curbside pickup.

Certain beers just have something about them. They can evoke a personal memory or signal the changing of the season.

This week’s return of Sierra Nevada Celebration IPA is certainly one of those for me. Brewed since 1981, its piney, citrusy goodness serves as the unofficial beer kick-off to the holiday season.

And it got me thinking, what beers from around the D.C. area do the same thing? Here’s my list of 10, no order. A couple minor ground rules. I tried to include beers that have been made more than once and are seasonal or sporadic releases.

DC Brau On the Wings of Armageddon — 9.2% Imperial IPA: The original “hype beer” in the D.C. area. Coveted by beer traders and hop heads across the country. Intensely hoppy with orange citrus, grapefruit and pine. Oh, and in stock this week! 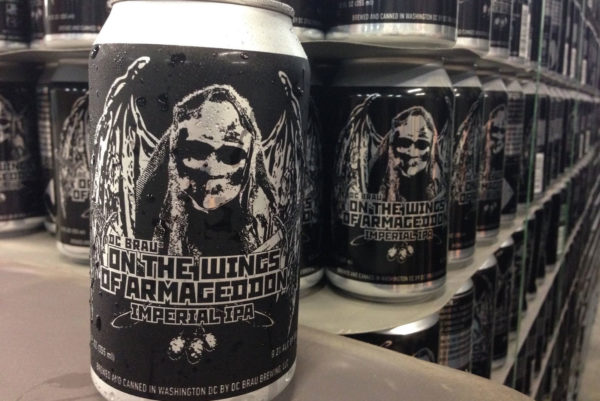 Port City Oktoberfest: Picking which Oktoberfest to use for this list was unspeakably hard. We’re blessed with dozens of worthy versions in our area. But Port City’s version is world class, as evidenced by its multiple Great American Beer Festival medals. Perfectly balanced with toasty malt and light noble hops — and the perfect transition from summer to fall.

Ocelot Talking Backwards — 11% Triple IPA: A beer that I had a hand in creating when I was at Meridian Pint — brewed once a year in late December and released around February 1. The recipe has changed slightly over the years as tastes have evolved, but it’s too drinkable for the hefty ABV and heavily charged with Citra, Mosaic and Simcoe hops.

Hellbender Dunkelweisse — 4.8% Dunkelweizen: A favorite of mine and perhaps the most unique beer on this list. Hellbender’s unique mash filter system allows them to produce beer using 100% wheat. Hugely flavorful at the minuscule ABV, with a nutty malt backbone and banana fermentation character that screams fall.

Fair Winds Hell’s Navigator — 6.5% Maibock: I’ve been drinking Charlie Buettner’s lagers since his early days at Mad Fox and this is one of his best. A strong, golden lager brewed to usher in spring. Clean with subtle citrusy hops and immense drinkability.

3 Stars Brewing Trouble in Paradise — 6.5% Mango/Guava Sour: As a rule, I tend to avoid heavily fruited sours. Too sweet, too thick. Too much smoothie and not enough beer. This is the exception to that rule. Threads the needle perfectly with balanced acidity and big, authentic, vibrant fruit. A summer cocktail in a can. 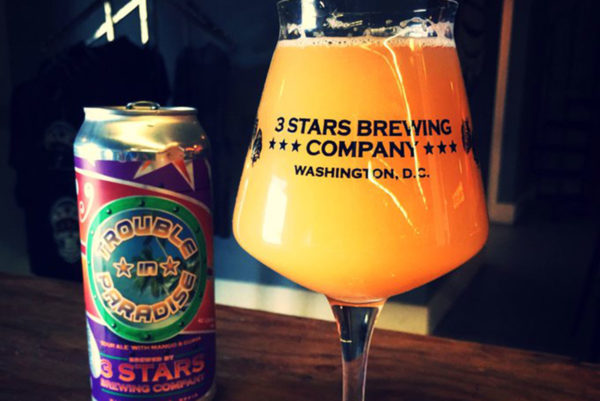 Flying Dog Barrel-Aged Gonzo — 11.3% Barrel-Aged Stout: My progression into beer sort of went backwards. I got hooked on big stouts and barrel-aged beers before making my way into lagers, IPAs, and more sessionable offerings. And as big barrel-aged beers go, this is one of the best. Full bodied with notes of dark chocolate, roast, whiskey, vanilla, oak and more. It’s not winter without some BA Gonzo on hand.

Wheatland Spring Farm Bauernhof — 4.9% German Altbier: If sales are any indication here at Arrowine, you know Wheatland Spring Farm well. If not, go visit them in Waterford, Virginia. Take in the idyllic scenery and world-class lager. And if it’s on tap, do not miss Bauernhof, a take on a top-fermented German amber beer that then gets a lengthy lagering period. Rich and malty with a deceptively dry finish. Stein appropriate. 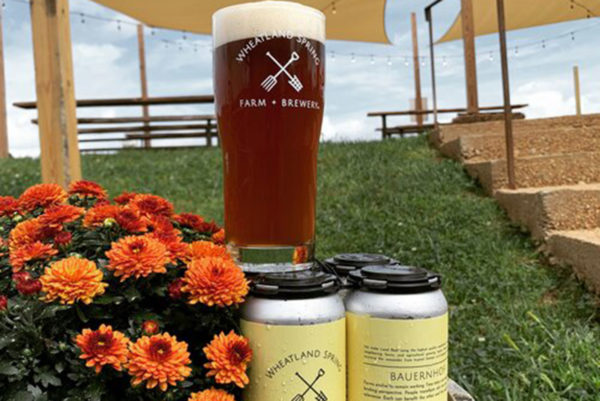 Silver Branch Killer Castle – 5% Kellerbier – The only brewery from this list not distributed in Virginia, but Steve and I are working hard to change that. This beer has increased in production since COVID, but it’s still highly limited. Killer Castle is the unfiltered version of the flagship Glass Castle Czech Pilsner. A bit more brash and hop-forward, with lots of Saaz character, completely unfiltered and unfined.

Port City Tidings — 8.5% Belgian Blonde Ale: The only brewery with two beers on this list is also the owner of the best seasonal program in the area. Tidings is brewed for the Christmas season and at 8.5%, it is certainly warming during colder months. There’s additional local flavor with Virginia grown wheat and local honey. Be on the lookout for this soon!

What beers do the same for you? Drop me a line at [email protected] or @arrowineinc on Twitter.