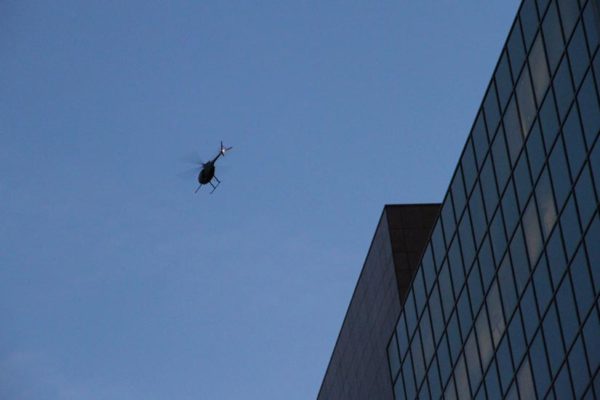 Update at 9:40 a.m. — Mystery solved: the helicopter was being used for aerial photography of Rosslyn.

We were taking aerial photos of Rosslyn. pic.twitter.com/OwB1fbhYaL

Earlier: A helicopter was circling near the Rosslyn area around lunchtime today (Wednesday), though it’s unclear what exactly it’s doing.

The helicopter belongs to a private aviation company that works on projects for utility companies and government agencies. The same chopper has been conducting other flights around parts of Virginia over the past couple of weeks, and was reportedly spotted over Old Town Alexandria last year.

Private aircraft traffic in close proximity to D.C. is tightly regulated and mostly limited to airlines going to and from Reagan National Airport. Some exceptions are made, however, for flyovers, aerial filming and other special purposes.

Anyone know what the low-flying helicoper has been doing over the area between Courthouse and Rosslyn for at least the last-half hour? @ARLnowDOTcom