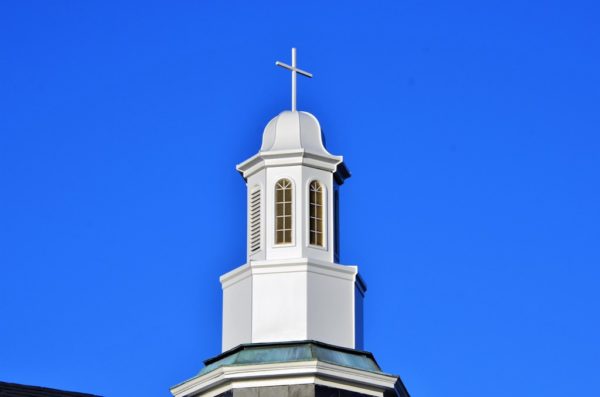 The same gathering on Oct. 31 that took Bishop O’Connell High School online until December has forced St. Thomas More Cathedral School to do the same.

The parochial PreK-8 school in Buckingham told students and staff school would be virtual through next Monday, with in-person instruction set to resume on Tuesday, Nov. 17.

According to the school’s calendar, confirmation, which was set for Monday night, has been postponed and will be rescheduled.

“When Bishop O’Connell closed… my employees went to be tested,” Principal Cathy Davis told ARLnow on Monday morning. “The minute we heard about the positive tests, we looked at our protocols.”

The children and staff of the parochial school are divided into cohorts so that one or two classrooms can isolate if a case appears. But her team decided that the smartest thing to do was to revert to virtual, she said, adding that the transition was easy since the prep work had already been done distributing devices and setting up Google Classrooms.

Davis said administrative staff will be drafting on a report after this series of events and will see what lessons can be learned, such as whether employees have to sign certain COVID-19 commitments. Currently, the school operates on the honor system, with a pledge to prioritizing student safety.

Unlike Bishop O’Connell students, whose return is scheduled for Dec. 1, St. Thomas More students and staff, including the two who tested positive, are slated to return prior to the Thanksgiving break.

“In terms of Pre-K and second-grade children, the better way is in-person,” Davis said. “Our goal is to be in-person.”

When Davis broke the news to parents, she said she “expected unrest,” since 83% of population are dual-working parents.

“Even I have been amazed at how positive everyone is,” she said.

She predicted the school will transition right back to in-person classes.

“Certainly I wish this didn’t happen, but if it has to happen, it’s nice to know we have a strong community who gets this is our new normal,” Davis said.

In October, officials from the Arlington Public Health Division repeatedly warned against celebrating Halloween with trick-or-treating, nightlife and indoor gatherings. Cases in the county, meanwhile, are on an upswing and just reached a fresh peak since the initial spring wave.