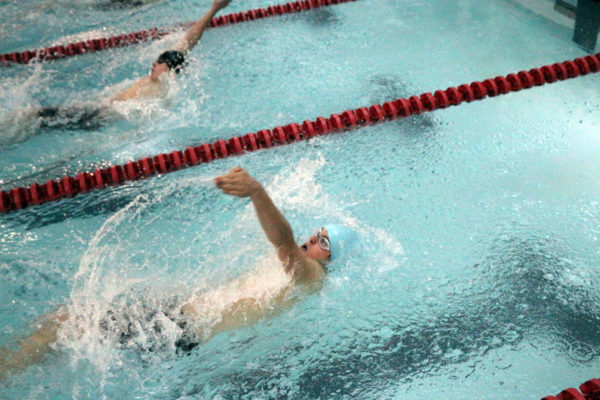 Arlington Public Schools will proceed with all but two winter sports, with some modifications, after talks with staff and neighboring school systems.

Swimming and diving, gymnastics, track and field, basketball, rifle and dance will proceed, but not wrestling — given the close contact that wrestlers engage in — or winter cheer, since competitive cheer can be offered outside later in the year, Superintendent Francisco Durán said in an email to families.

The decision comes after public outcry over the weekend to APS’s decision not to participate, which was announced on Thursday. People pointed to other school systems, which are allowing students to participate in winter sports.

“I have received many emails from students and families regarding my decision not to participate in Season 1 Winter athletic competition, due to current health metrics and safety concerns related to indoor sports,” Durán said.

The decision was discussed in the School Board meeting on Thursday, during which a few parents and School Board Member Tannia Talento asked him to reconsider.

Durán said he decided not to allow APS to participate in sports because it would not align with the return-to-school plan, which has been put on pause until 2021.

But with new modifications, such as a ban on in-person spectators and limited to no use of locker rooms, Durán said winter sports can move forward.

“We are exploring opportunities to livestream some competitions for spectators and will share information once arrangements have been made,” he said.

If community health conditions worsen, APS may modify or suspend athletics activities in consultation with health experts, he said.

“We will continue to monitor health metrics and work with school athletic staff and other school divisions to protect our athletes, coaches, employees, and families,” Durán said.

Tiffany McAvoy, the author of a petition to reverse APS’s decision, urged those who signed to email Durán and the School Board over the weekend.

“We want to fill up their inboxes so we can’t be ignored,” she wrote in her update to the Change.org petition.

In the first day after she created the petition, more than 1,800 people signed, she said in her update. Since then, the total has grown to 2,100 people as of Tuesday afternoon.

Student athletes and families will receive additional guidance closer to the start of the season, which begins Dec. 7.

“Our plans are evolving with the current conditions, and we will be flexible and responsive to the needs of our students whenever possible, assessing all options to safely support our students’ academic successes, mental health, and social-emotional well-being,” Durán said.

The Virginia High School League, a statewide sports league comprising public and private high schools, approved a Championship + 1 schedule in September that would allow students to play 60% of their sport’s regular season schedule, starting in December, with modified regional and state championships.

On Oct. 29, Gov. Ralph Northam signed an executive order that allows the proposed VHSL schedule to begin in December as scheduled. In a statement published by VHSL, Northam said the league been a partner during the pandemic and has drafted thoughtful guidelines for reinstating sports.