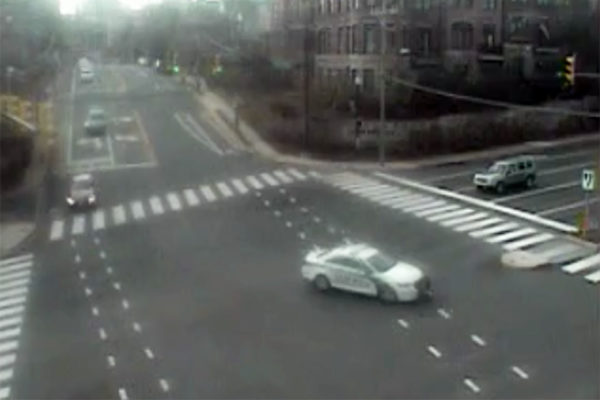 (Updated at 2:45 p.m.) Officers on the ground and a helicopter overhead searched for a criminal suspect near Rosslyn this morning.

Police were investigating a “domestic incident” this morning around 9 a.m. when they spotted the suspect and he took off running. He was able to evade officers after running down the Custis Trail and then through the woods in the area of the MOM’s Organic Market on Lee Highway, according to scanner traffic.

The exact nature of the incident for which the suspect is wanted is unclear.

The man reportedly changed clothes while on the run. Numerous Arlington County Police and U.S. Park Police officers, including at least one K-9 unit, looked for the man on the ground. The U.S. Park Police Eagle 1 helicopter was also overhead, helping to search from the air.

The search was largely called off by 10:45 a.m., though police remained on scene investigating.