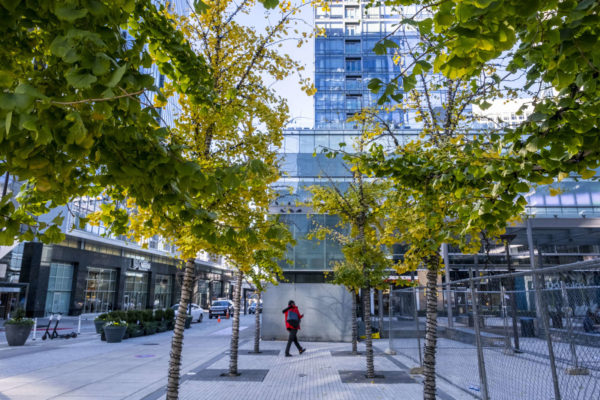 Arlingtonian to Join Administration — “President-elect Joe Biden said Monday he will nominate Linda Thomas-Greenfield, who served as the top U.S. diplomat overseeing African affairs in the Obama administration, to be his ambassador to the United Nations.” Thomas-Greenfield is a long-time Arlington resident. [USA Today]

Arlington’s Average Income Falls — “The county’s weekly wage averaged $1,926 in the second quarter of 2020, according to figures reported Nov. 18 by the Bureau of Labor Statistics. That’s up slightly more than 12 percent from the rate recorded a year before, but down from the $2,018 reported for the first quarter of 2020, which had placed Arlington in the rare company of just a handful of localities with incomes that high.” [InsideNova]

Police Investigating Stabbing Near the Pike — “At approximately 6:18 p.m. on November 20, police were dispatched to the report of trouble unknown. Upon arrival, it was determined the witness was running in the park when the victim approached him and fell to the ground. Medics arrived on scene, began treating the victim and determined he was suffering from a stab wound. He was transported to an area hospital with non-life threatening injuries.” [ACPD]

Airport Construction Continues — “Anticipating the day passenger traffic returns to a semblance of normalcy, the new 14-gate concourse at Ronald Reagan Washington National Airport continues to make progress toward a planned opening next year. The new concourse, attached as a pier off of Terminal C at the airport, is now fully enclosed, with half the passenger jet-bridges on site, according to a recent update from the Metropolitan Washington Airports Authority.” [InsideNova]

Changes for Drivers at DCA — “Construction has reduced lanes on Baggage Claim (lower) level in front of Terminal B/C. Drivers should use any door on the Ticketing (upper) level to pick up and drop off holiday travelers. Taxis are still available downstairs.” [Twitter]

Thanksgiving Travel Tips from VSP — “This year overall, state police have seen fewer crashes on Virginia highways but those crashes have been more deadly. Making sure you are driving the posted speed limit, driving for conditions and wearing your seatbelt are the best ways to stay safe on the road.” [Press Release]