(Updated on 12/18/20 at 5:15 p.m.) Three years ago, David Fairbrothers was running out of ideas, and money, to boost his fledgling company. But he took a chance and booked the cheapest booth at a women’s health conference.

He and his business partner, both alumni of the University of Virginia, were developing a platform that would make it easier for doctors to use electronic health records systems. Without a singular field of medicine as its focus, however, the idea was languishing. 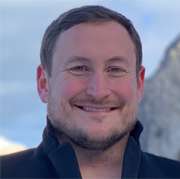 After settling into their booth at the conference for the American College of Obstetrics and Gynecology, they met an executive who explained a pain point for ACOG: Whenever the organization releases new clinical guidance, it can take up to a decade for it to be consistently implemented.

That was when the idea for Dorsata was born.

“It was an accident and a stroke of good fortune,” Fairbrothers said.

In addition to helping ACOG get clinical guidance implemented, Dorsata — which is based in Clarendon, at 3100 Clarendon Blvd — improves the process of documenting patient visits. Before the next visit, Dorsata helps remind the doctor of the patient’s particular situation and creates a to-do list adapted to her needs.

“Part of the core problem is that electronic health record systems do not serve doctors especially well, and for Ob-Gyn doctors, it is really bad for documenting care,” Fairbrothers said.

Some electronic medical information systems are unwieldy, and doctors prefer taking freehand notes, but inputting the notes later is time-consuming and may not get done. Other times, without accessible documentation, changes mid-pregnancy might fall through the cracks if a patient is seen by multiple doctors. 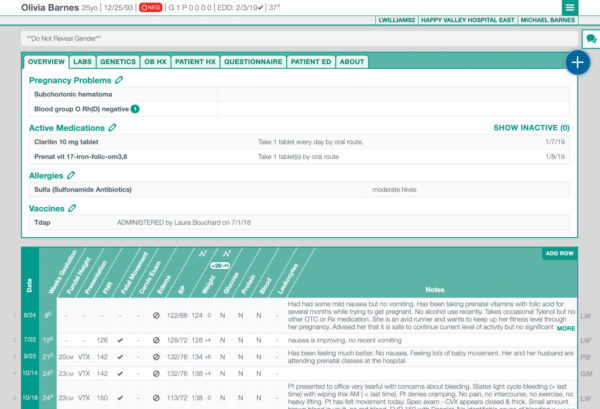 The platform has gained a foothold in American obstetrics. Today, Dorsata has more than 1,600 clinical users in 19 states, and has served more than 113,000 patients and managed nearly 794,000 appointments. And this month, Dorsata signed expansion contracts with Privia Health and Women’s Health USA, which will increase the number of Ob-Gyns the company serves by 200 over the next two years.

Dorsata is not just growing its clientele during the pandemic: It is also finding new revenue sources and benefits for its users.

While the coronavirus cannot stop babies, it can grind elective surgeries to a halt. Providers saw gynecology appointments drop by 80% “overnight,” Fairbrothers said.

“Pregnancy has been their saving grace,” he said. But it does not make up for the lost revenue.

In partnership with providers, Dorsata shares data with researchers. Typically, medical researchers gather data at one academic hospital, limiting the scope of data geographically, he said. Dorsata is generating revenue by furnishing researchers with data gathered from every corner of the U.S.

“This allows providers to generate value, financial and scientific, from documenting their patients’ progress,” Fairbrothers said. “This is real world data that we stumbled into and we have a strong opportunity to corner the market.”

With the growth in clients and revenue, Dorsata itself is expanding. The company is planning to double the size of its workforce over the next year, Fairbrothers said.

END_OF_DOCUMENT_TOKEN_TO_BE_REPLACED

More Stories
Spotted: A Couple on an Elaborate Date at Gravelly PointLegal Insider: Could Employees be Mandated to Get COVID Vaccines by Their Employer?