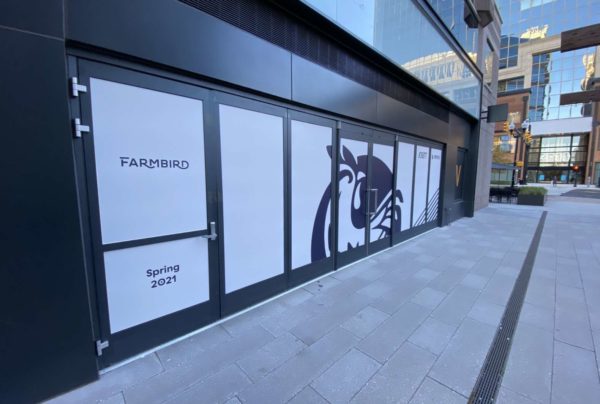 The restaurant — which prides itself on menu items featuring farm-raised, vegetable-fed chicken — will take over the space at Ballston Exchange (4121 Wilson Blvd) vacated in January by Miami-based Dirt restaurant.

Farmbird first opened at 625 H Street NE in D.C. in June 2017, and late last year announced plans to open a second location at Penn Quarter in the District. The company was founded in 2015 and first operated as a catering business for a year at D.C.’s Union Market.

“Farmbird has seen great success at its location on H Street and is ready to bring flavorful food with sustainable origins to Arlington where Ballston Exchange has reimagined the area’s streetscape,” the company wrote in an email to ARLnow. “All of the foods served, from salads and sandwiches to Farmbird’s signature grilled chicken plates and roasted vegetable sides, are prepared from scratch with fresh ingredients every day.”

Neighboring businesses in Ballston Exchange — which is across the street from Ballston Quarter mall — include Philz Coffee, CAVA, and the yet-to-open Hawkers Asian Street Fare.