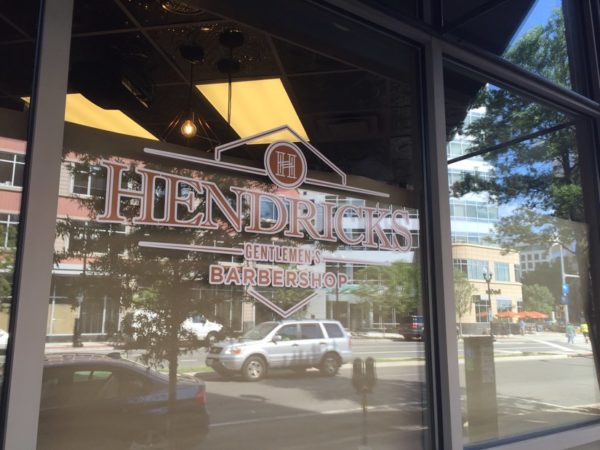 After months of losing business during the pandemic, Hendricks Gentlemen’s Barbershop in Clarendon will close for good just before Christmas.

“We wanted to thank each of you for your loyalty and support,” they said in an email. “As a small business, navigating this pandemic has been extremely difficult. It is with a heavy heart, that after four years of serving the Clarendon community as your neighborhood barbershop, we have made the tough decision to close our doors.”

The barbershop at 3000 Washington Blvd opened in September 2016 and billed itself as Clarendon’s only upscale destination for men’s haircuts, beard trims and hot, straight-razor shaves. Hendricks gained popularity during its four-year stay, but it has not been enough to stay afloat during the pandemic.

“COVID-19 is really hitting us hard,” St. Clair said. “None of us could’ve predicted this.”

The last day of business is set for Wednesday, Dec. 23. But St. Clair and Dahl, who also own Smitten Salon in Lyon Park, are not done with the space just yet.

Clients at Smitten confirmed Internet tropes from the early stages of quarantine: wives were giving their husbands haircuts, while some men who no longer had to go to the office were growing their hair out. With partners to cut their hair and without suits to put on or clients to visit, men are coming in every two months instead of monthly, or not coming back at all, St. Clair said.

Hendricks took an additional hit because barbers cannot provide beard trims or hot shaves due to mask regulations, she said.

Meanwhile, she said Smitten has attracted new clients as other salons close. The thriving business gave St. Clair and Dahl the idea to replace Hendricks with a new, boutique location of the salon.

“Women want to look good on Zoom,” St. Clair said. “My clients tell me, ‘I’m not sitting on Zoom with gray roots,’ or ‘I’m bored staying at home with my kids at home,’ or ‘I’m not getting my nails done, so I’m getting a haircut to feel good.'”

Cosmetic changes to the space will begin in the new year, and St. Clair said she aims to be done with the work by February or March 2021.

She said she is proud to have the brand survive, in a different way.

“We’re grateful to show Clarendon that [the neighborhood] is not going to shut down,” she said. “We don’t want to see everyone close up, and I hope other people are able to do the same thing.”