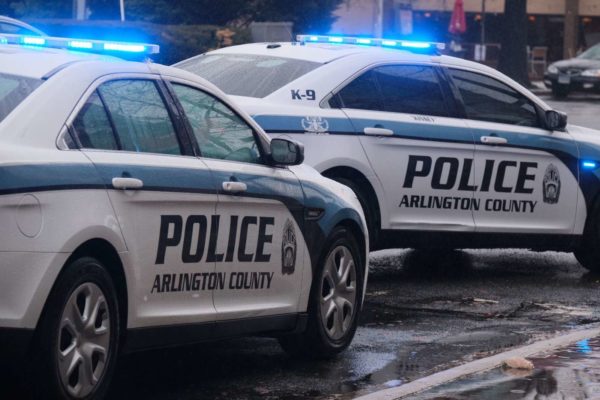 The incident happened during some sort of New Year’s Eve party at the Embassy Suites hotel in Crystal City, on the 1300 block of Richmond Highway. Police responded after a report of a fight, and encountered “a large crowd in the lobby of the building and multiple fights in progress throughout the hotel.”

A 21-year-old Dumfries resident was subsequently arrested for allegedly having a concealed gun without a permit.

WEAPONS VIOLATION, 2021-01010006, 1300 block of Richmond Highway. At approximately 12:30 a.m. on January 1, police were dispatched to the report of a fight. Upon arrival, officers located a large crowd in the lobby of the building and multiple fights in progress throughout the hotel. While dispersing the crowds, officers made an observation consistent with that of a concealed weapon on the male suspect’s waistband and made contact with the individual. It was subsequently determined that he was in possession of a concealed firearm without a valid permit. Martine Neal, 21, of Dumfries, Va., was arrested and charged with Carrying a Concealed Weapon and held on an unsecured bond.

At the same location, nearly two hours later, police responded after two people were reportedly attacked “by a group of approximately ten male suspects.” From ACPD:

ASSAULT BY MOB, 2021-01010038, 1300 block of Richmond Highway. At approximately 2:18 a.m. on January 1, police were dispatched to the report of a fight in progress. Upon arrival, it was determined a verbal dispute occurred between parties inside a hotel room. As the two victims attempted to have the other party leave the room, they were assaulted by a group of approximately ten male suspects. The suspects fled the area prior to police arrival. Both victims suffered minor injuries and were transported by medics to an area hospital for treatment. There is no suspect descriptions. The investigation is ongoing.

Also in today’s ACPD crime report, a woman who was cleaning a room in a business had to break a window with a chair in order to flee a man who allegedly locked the door, took off his pants and touched her inappropriately.

The name of the business was not specified, but it happened on the 3300 block of Lee Highway, which is home to the Inns of Virginia hotel and several other businesses.

ABDUCTION WITH INTENT TO DEFILE, 2021-01020061, 3300 block of Lee Highway. At approximately 10:20 a.m. on January 2, police were dispatched to the report of an assault just occurred. Arriving officers located the suspect exiting a room and took him into custody without incident. The investigation determined that the victim was cleaning a vacant room within a business when the male suspect allegedly entered the room and locked the door behind him. The victim then attempted to unlock the door, however, the suspect got between her and the door and re-latched it. The victim attempted to unlock the door several more times unsuccessfully. The suspect began to touch the victim inappropriately, then removed his pants, at which time the victim was able to break a window to an exterior hallway outside with a chair and escape the room. She sustained minor injuries during the incident. Khalil Martin, 27, of Washington, D.C. was arrested and charged with Abduction with Intent to Defile, Burglary with Intent to Commit Larceny/Assault & Battery, Sexual Battery, and Drunk in Public. He was held on no bond.

END_OF_DOCUMENT_TOKEN_TO_BE_REPLACED

More Stories
Making Room: The Problem of Buying Our Urban Space with DensityStart Your Cybersecurity Master’s or Certificate in 2021