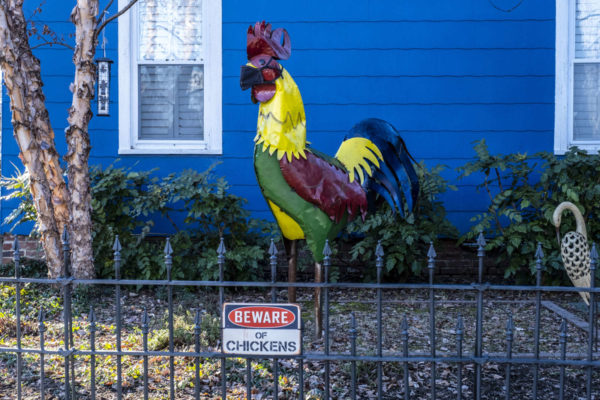 Prosecutor Calls for End to Va. Death Penalty — “Top prosecutors from across Northern Virginia are calling on state lawmakers to take up several criminal justice reform measures at the upcoming General Assembly session.. An end to cash bail, the death penalty, mandatory minimum sentencing and the state’s ‘three strikes’ rule for felony offenses are among the reforms the coalition wants to see lawmakers address during the next General Assembly session, which begins Jan. 13.” [InsideNova]

Pouring One Out for Siné — “Another casualty of the pandemic, we are bummed to report, is the beloved Sine Irish Pub on Pentagon Row, where defense journalists and many of their sources have gathered for countless milestones over the years… We agree the watering hole’s central place in national security cannot be overstated. ‘There wouldn’t be a Space Force without the Pentagon’s Unofficial Officer’s Club, Sine Irish Pub!’ tweeted space policy consultant Ryan Faith.” [Politico]

New Home Near Yorktown HS Impresses — “Take a look at the jewel-toned hues in this pretty Arlington home. This couple built a colorful dream home that recognizes their rural roots but gives it a modern edge.” [Northern Virginia Magazine]

Murals Make Crystal City More Colorful — “Messages of positivity and inclusiveness in the form of fun and colorful artwork. You can see it with your own eyes on 18th and 20th Street S. in National Landing.” [Twitter]

Beyer Unloads on Trump — From Rep. Don Beyer (D-Va.), in response to President Trump questioning the Georgia Senate election results: “Donald Trump is a pathetic, disgraceful liar and the day we are rid of him will be a great day for the United States of America.” [Twitter]

Amazon Eyes Retail Spot in Bailey’s Xroads — “Amazon.com Inc. appears to be taking a portion of a shuttered Safeway supermarket in Baileys Crossroads for another of its full-size grocery stores, at least the fifth in Greater Washington for the e-commerce and cloud computing giant.” [Washington Business Journal]