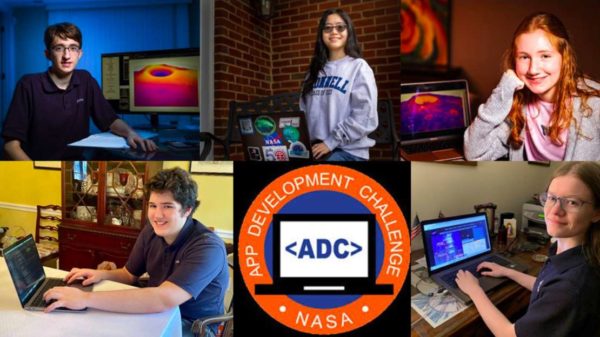 (Updated at 4 p.m.) In just seven weeks, engineering whizzes at Bishop O’Connell High School developed an app that NASA may draw from as it gears up to land the first American woman and next man on the Moon, in preparation for missions to Mars.

This week, NASA recognized them as one of top 10 teams in the 2020 NASA App Development Challenge, which occurred last fall. Students crunched lunar terrain data to create an app that visualizes the South Pole region of the Moon, and NASA will be using aspects of the 10 winning apps for its own program to help astronauts communicate on and navigate the Moon’s surface.

As members of a winning team, DJO students Alex Janninck ’22, Daniel Kippenhan ’22, Elaine Ly ’21 and Claire Toia ’23, as well as Sevginaz Gurleyici ’23, from the Madeira School in McLean will be able to participate in a NASA leadership event in February.

“It takes confidence, drive and a lot of perseverance,” Bishop O’Connell STEM teacher and team advisor Melissa Pore said. “This was incredible to see them achieve this.” 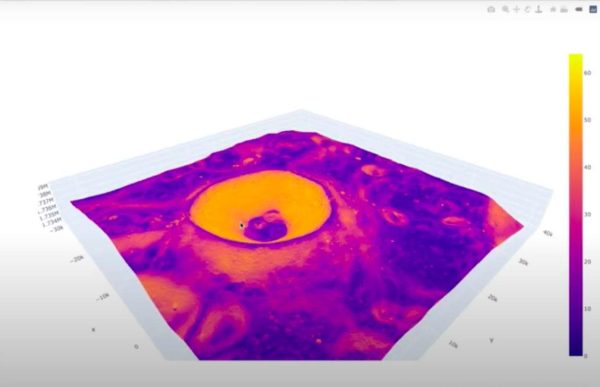 Students developed the app virtually, using “Code With Me” — the Google Docs of collaborative coding — and talked via Discord, a growing communications platform that is popular among gamers and teens. At the height of the challenge, Ly recalls taking notes in class with her right hand and coding with her left.

A NASA official said during a live-stream announcement that the students “displayed great team work by maximizing each team’s strengths in completing both the coding and non-coding aspects of the challenge.”

The odds were stacked against the students: The team barely met the minimum size to participate and the school went fully virtual (due to a COVID-19 outbreak) near the tail-end of the challenge. Team members also did not have app experience, and only Janninck and Ly could code proficiently — so they mentored other members in the coding language Python, Pore said.

“What adult groups would have persevered when they had to learn a new code and train others?” she said.

NASA wants to use this technology “right now,” said Pore, adding that the app can visualize any planet and is suitable for color-blind people.

“Good for NASA to use our smartest levels of students to figure out tricks they wouldn’t have thought of,” she said. “You taught the adults some lessons.”

Ly, who wrote about the news for the school, said she “wouldn’t be half as interested in engineering if it weren’t for [Pore].”

Always learning, Pore became a licensed amateur radio operator to build satellites with her students, and is working with the International Space Station so her students can learn about and access opportunities in aerospace engineering.

“He’s a really good leader and programmer,” she said.

As soon as Janninck finds another interesting challenge, he is willing to try it.

“We do need to get rest from coding and working really hard,” he said.

Especially since the next challenge could be a 24-hour competition to develop a floating settlement to flee to if a meteor strikes Earth.