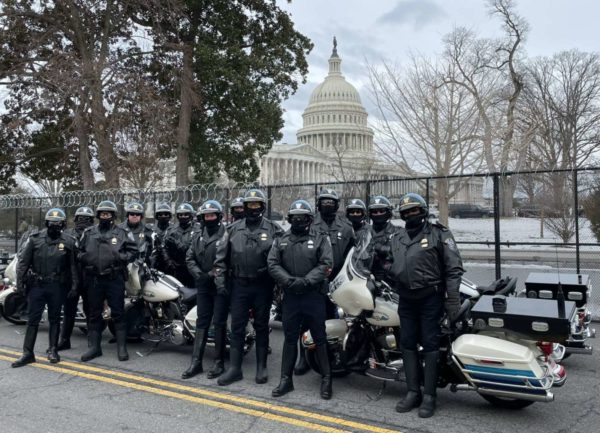 Brian Sicknick arrived at his final resting place at Arlington National Cemetery yesterday, escorted there by scores of local first responders, including many from Arlington.

The fallen U.S. Capitol Police officer, who was killed during the Jan. 6 pro-Trump riot, was laid to rest at the cemetery after lying in honor in the Capitol Rotunda.

Photos from the procession route, as posted on social media, are below.

Today ACPD joined fellow law enforcement officers in honoring fallen @CapitolPolice Officer Brian D. Sicknick and assisting with his escort from the Capitol to his final resting place at @ArlingtonNatl. His heroism, service and dedication will never be forgotten. pic.twitter.com/CZBdJs9alM

"When a police officer is killed, it's not an agency that loses an officer, it's an entire nation." -Chris Cosgriff, Founder of Officer Down Memorial Page (@ODMP) #VSP Sgt. A. Jones awaiting the procession for @CapitolPolice Officer Brian Sicknick outside @ArlingtonNatl Cemetery. pic.twitter.com/nrXRW6A9uV