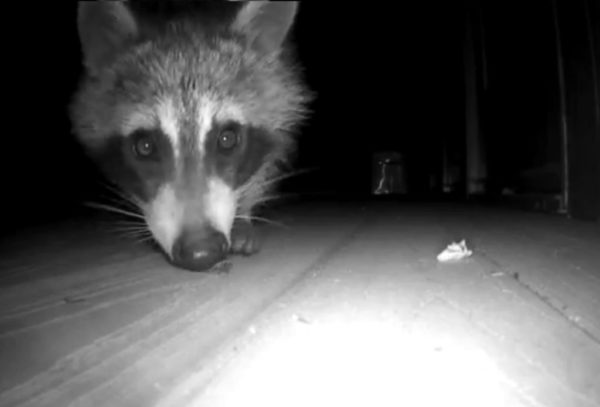 As if the pandemic wasn’t bad enough, there’s now an apparent rabies outbreak in Arlington County.

“On February 4, 2021, Arlington County Animal Control responded to two separate incidents for raccoons,” the county said in a press release. “Both of the raccoons in these incidents were captured and removed by animal control; both raccoons were showing neurological signs consistent with rabies. One of these raccoons may have had contact with two pets.”

“This outbreak is no longer contained to a specific neighborhood,” the press release warned, also citing the East Falls Church incident from Jan. 30, in which a rabid raccoon came into contact with a pet.

“We are urging residents in North Arlington to be vigilant,” said Kurt Larrick, a county spokesman. “We ask that residents ensure their pets are up to date on their rabies vaccines, keep their dogs on a leash, keep cats inside, remain vigilant and alert, and do not approach or interact with any wild animals.”

Rabies, as described in the press release, “is a disease that people and animals can catch from the bite or scratch of infected animals. It is fatal if medical care is not given promptly.”

“If you, your child, or your pet may have come into contact with any wild animals including bats or raccoons, please call Arlington County Animal Control at 703-931-9241 immediately,” the press release says. “If calling after hours, please stay on the line to speak with the answering service who will alert an Officer. If you see a raccoon that appears sick, lethargic, disoriented, or aggressive, do NOT approach the animal and please call Animal Control immediately.”