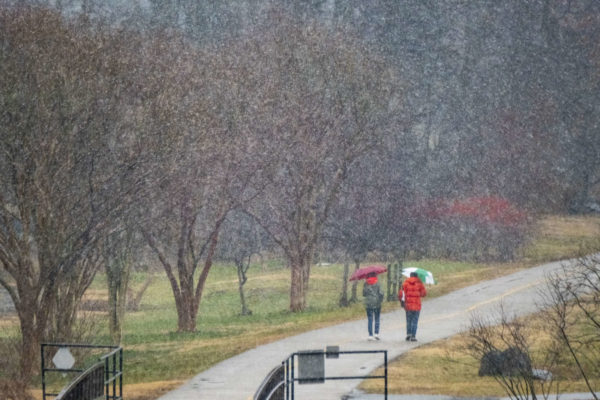 Love Notes in Rosslyn — “In honor of Valentine’s Day, we created Rosslyn Love, a community-wide free activity where anyone in the DMV could submit a message to be displayed across four temporary murals outside of 1550 Wilson Boulevard in Rosslyn. Whether it was for a partner, a friend, coworker, family member, healthcare professional or even just a favorite spot around the neighborhood, we received over 400 messages of love and gratitude.” [Rosslyn BID]

Dems Keep Focus on Equity — “The Arlington County Democratic Committee in early March is expected to make its ad-hoc Inclusion and Equity Committee a permanent standing committee. The goal, deputy party chair Maggie Davis said, was to ‘do better including more people that look like the population of Arlington’ in Democratic Party activities.” [InsideNova]

Local GOP Surveying Members — “The Arlington County Republican Committee is in the midst of surveying its membership in hopes of making the party and its meetings more relevant to the rank-and-file and broader community. ‘Dozens of Arlington Republicans have already taken the time to complete this survey, and their responses are thoughtful and thorough,’ said Matthew Hurtt, the Arlington GOP’s communications director.” [InsideNova]

Police Investigate Sexual Battery in Arlington Mill — “The victim was walking in the area when she noticed the male suspect walking behind her. The suspect approached the victim, grabbed her waist and thrusted himself against her multiple times while making sexual comments. The victim continued walking and, as she approached her residence, the suspect re-approached her and brushed his hands against her breast. The victim was able to enter her residential building and close the door, preventing the suspect from following her inside.” [ACPD]

END_OF_DOCUMENT_TOKEN_TO_BE_REPLACED

More Stories
Just Sold in Arlington: Feb. 11, 2021Morning Poll: What Do You Think of the APS Return to School Plan?