This is your new Arrowine Beermonger, Todd. I figured, rather than the typical introduction, I’d let you get to know me a little bit more by talking about one of my favorite beers. (Three sentences in and you’ve already learned that I sometimes take the long way to get to a point.)

The concept of a desert island beer seems pretty simple, right? You’re stuck on an island, and you have only one beer to drink until someone conceivably comes to rescue you — or you live out the rest of your days in an introvert’s paradise. Are you thinking of your all-time favorite that you can enjoy over and over, never tiring of the taste? Or maybe you’re looking to pamper yourself in this hypothetical by loading up on that rare bottle you’ve never gotten your hands on.

Personally, I’m looking for something that will be versatile enough to cover all the bases and that will be continually developing so I’m always on my toes. Enter: Orval. 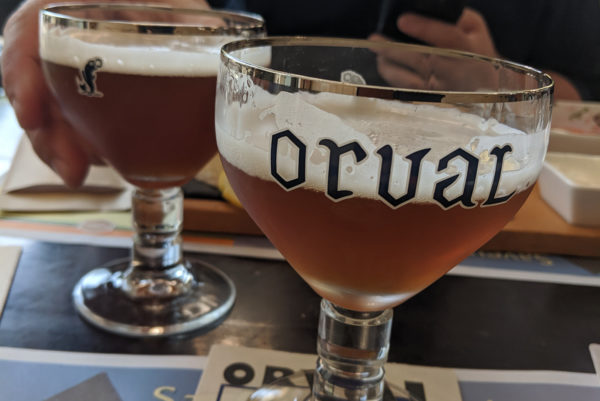 Brasserie d’Orval is a Trappist brewery located within the walls of the Abbaye Notre-Dame d’Orval in the Gaume region of Belgium. Gaume is about as far away from Brussels as you can get while still being in Belgium. And Orval is about as different from your typical Trappist beer while still being a Trappist beer. (Trappist beers are categorized by the monks making it rather than the style or ingredients.) You might be thinking of the beautiful simplicity of Westvleteren Blond or the rich caramelized fruits of Chimay Grande Reserve, and most Trappist beers resemble one of the archetypal styles (Singel, Dubbel, Tripel, Quadruppel). 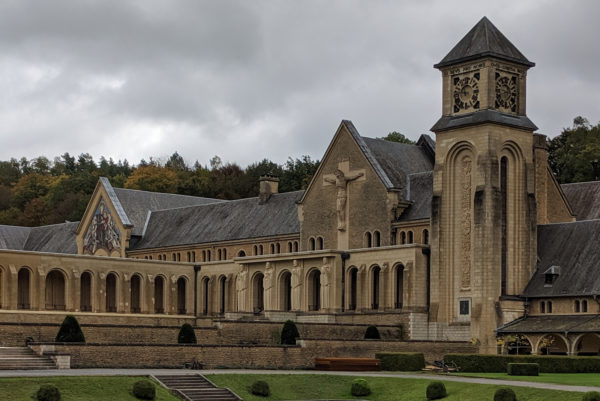 Orval, on the other hand, at its most simple, is described as a Belgian pale ale, but even that gets a few twists and turns thrown in like dry-hopping and my favorite part: an intentional dosing of wild yeast, Brettanomyces bruxellensis, at bottling. This last addition is what makes Orval my ideal desert island beer. That “Brett,” as best known to its friends and enemies, will continue to ferment the bottled beer for years to come, which introduces differing levels of funk in every bottle, an increase in carbonation (the reason it comes in such heavy bottles) and has the added benefit of scavenging oxygen.

At a young age, the beer is dry, fruity and very refreshing, but as it ages, it becomes bone dry, introducing more spicy notes and far more complexity. To speak to the joys that the full spectrum of this beer brings me, I cite two examples. First, one of the many highlights of spending my honeymoon in Belgium was exploring the grounds of the abbey and sitting in the cafe down the road to enjoy an Orval far fresher than any I’ve ever seen in the United States. And second, I once found two bottles in a store that had been bottled on Feb. 29, 2012. I immediately bought them with the intention of opening one on each of the subsequent Leap Days in 2016 and 2020. (Best laid plans and all but that didn’t work out.) 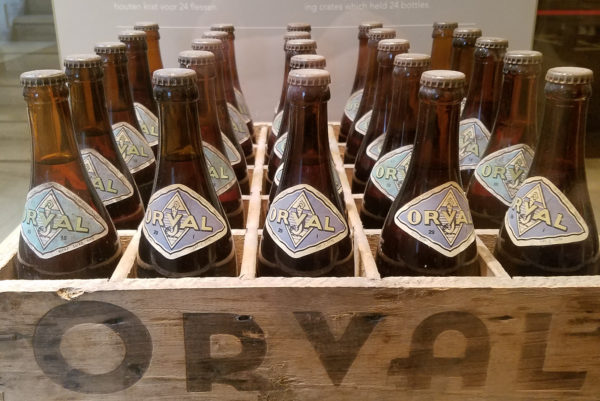 I was inspired to make this the topic of my first column since we’ve got more Orval arriving at Arrowine today. If you’ve never tried it, I highly recommend picking up a bottle or two with your next order.

Drop a comment below and let me know what your desert island beer would be!