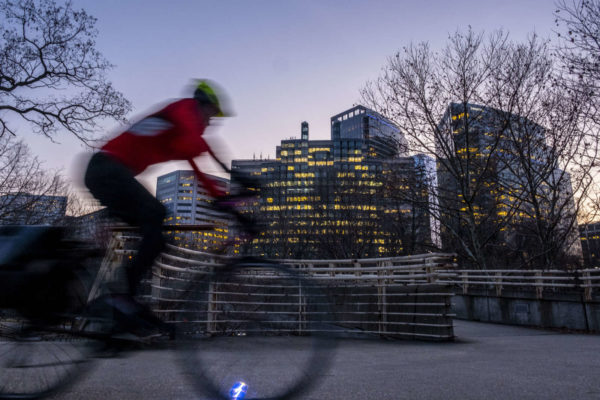 A bill that has passed the Virginia House of Delegates would allow bicyclists in the Commonwealth to treat stop signs as yield signs in certain situations.

HB 2262 would legalize a common practice: cyclists rolling through stop signs when no other traffic has the right of way.

“Supporters say it will make roads safer for bicyclists after increases in traffic injuries and deaths, while opponents argue it makes the movements of cyclists less predictable,” the Washington Post reported. “The bill also would require drivers to change lanes when passing a bicyclist if three feet of distance isn’t possible and would allow two cyclists to stay side-by-side in a lane.”

The bill is now set to be considered by the Virginia State Senate.

Read more →
More Stories
Morning NotesStudy: Arlington Is No. 2 in the Nation for ‘Budget-Friendly Dating’