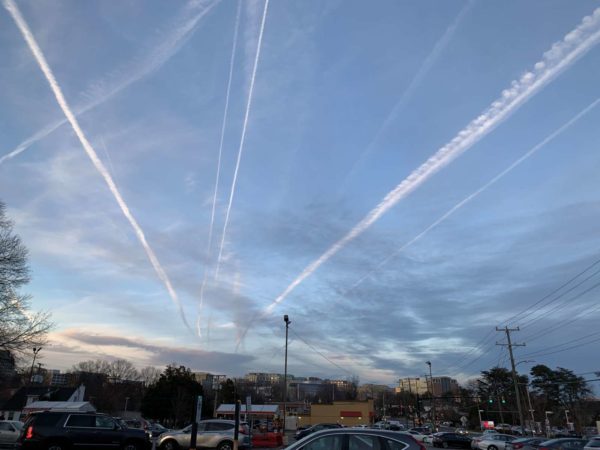 Future of Fairlington Fire Station — “A community process to determine the future of Fairlington’s 1940s-era, one-bay fire station has been on hold during the COVID crisis, but may be tackled later in the year, a top community leader says. The Arlington government in late 2018 closed Fire Station #7 over concerns about the structural integrity of its flooring.” [Sun Gazette]

Arlington’s Affordable Housing Effort — “Some jurisdictions are building more homes than others. Of 10 localities analyzed by HAND’s Housing Indicator Tool, D.C. and Arlington County are closest to meeting some affordable housing targets recommended by the Urban Institute… For its part, Arlington County has excelled at adding more homes for low-middle-income households, but has built virtually none for the most vulnerable households in the last two years.” [DCist]

Women in Stolen Car Arrested Near Crystal City — “An officer observed the vehicle enter Arlington County on I-395 NB. With the assistance of additional units, a traffic stop was initiated. The occupants of the vehicle were initially noncompliant and were observed reaching around the vehicle and storing items on their persons, but were detained without incident. During the course of the investigation, the vehicle was confirmed as stolen; distribution quantities of marijuana were located and determined to be associated with the driver of the vehicle.” [ACPD]

Cicada Swarm Coming Soon — “They’ve been buried — alive — for 17 years. And now, Brood X, one of the world’s largest swarms of giant fly-like bugs called cicadas, is ready to rise. When the ground warms to 64 degrees, they’ll stop gnawing on tree roots and start scratching toward the surface by the hundreds of billions.” [Washington Post]

Read more →
More Stories
Just Reduced Properties in ArlingtonLuck of the Vaccinated: St. Patrick’s Day is Back (Sort Of)