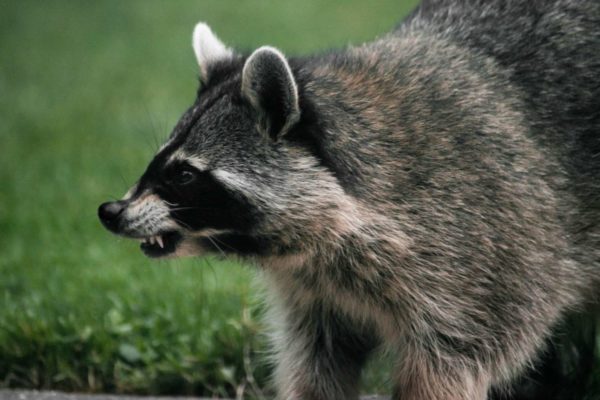 One year ago today, the coronavirus changed life over the course of one momentous day. Now, Arlington dogs may face a lockdown of their own due to a new viral outbreak.

Arlington County warned this afternoon that raccoons across North Arlington are testing positive for a virus called Canine Distempter. The disease can be transmitted to dogs and other pets — and is often fatal or debilitating.

Officials learned of the outbreak due to incidents involving sick raccoons that had rabies-like symptoms over the past few months. Of the three raccoons captured by animal control, only one ended up testing positive for rabies, according to a press release. But officials continued capturing and testing raccoons due to the concerning behavior.

With ongoing issues and reports Arlington County Animal Control and the Arlington County Department of Human Services arranged for broader testing of six raccoons that were removed showing neurological signs and symptoms in early March 2021. All of the raccoons tested were clinically positive for Canine Distemper.

Distemper is a viral disease that is always present in wildlife populations at varying levels. Raccoons are especially susceptible to canine distemper, as well as foxes, coyotes, skunks, and unvaccinated dogs. This virus does not affect humans. The disease is transmitted when animals have direct contact with infected animals or indirect contact with body fluids/feces from an infected animal.

We are urging residents in North Arlington to be vigilant. This outbreak is no longer contained to a specific neighborhood.

The County is asking pet owners to ensure their pets are vaccinated against both rabies and distemper. Pets should be kept inside, or on a leash when outside, officials say.

More official advice from the County is below.

Residents are asked to:

Photo by Jonnelle Yankovich on Unsplash