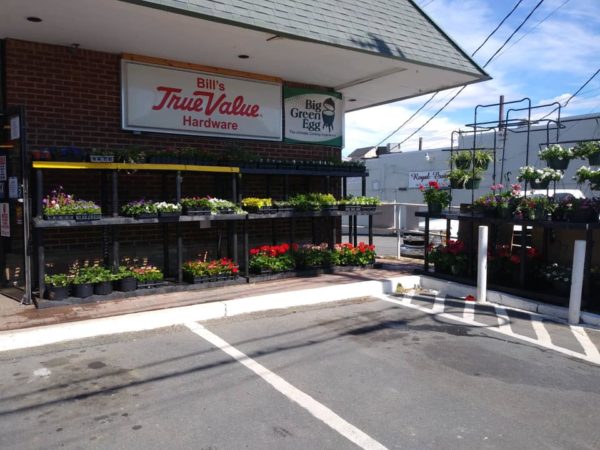 Bill’s True Value Hardware, which William “Bill” Ploskina owned and operated for 42 years, is staying open under the ownership of one of his children.

The elder Ploskina, who opened Bill’s along Lee Highway in 1979, died on Feb. 18 at 75 years old, according to his obituary. The new owner, his son Sean, lives in Virginia Beach and is a retired fire lieutenant. He tells ARLnow that he has been running the business since becoming president last year.

For employees, business continues as usual over at 2213 N. Buchanan Street.

“We told everybody who was worried if we’re going to stay here that we’re planning to stay here as long as possible,” said Robert Moody, the store’s manager and grill specialist. “Nothing has changed.”

The hardware store has been busy since the pandemic started. Bill’s son Mark told ARLnow last year that masks flew off the shelves, and people were stocking up on emergency supplies — as well as gardening supplies to break the monotony of lockdown.

Over the last month since Ploskina’s death, the store has received a wave of support from the community, said Moody, who worked with Bill for 20 years.

“There’s been a lot of feedback from the neighborhoods, they’ve been sending their condolences, cards, cookies, things of that nature,” he said. “He was a real known man.”

As a testament to the store’s longevity and its community focus, Ploskina even donated to Moody’s baseball team when he was a kid.

“That was 30 years ago,” Moody said, chuckling. “He’d help you out any way he could and was always willing and able to donate to any organization if they came in.”

According to his obituary, Ploskina was born in McKeesport, Pennsylvania — outside of Pittsburgh — and graduated from Penn State with a degree in aeronautical engineering.

“Bill enjoyed traveling and lived in Singapore for one and a half years,” the obituary noted.

Community members and longtime patrons remembered Ploskina as knowledgeable and invested in the local area.

“Mourning the loss of a neighborhood and North Arlington institution,” one person wrote in a post on the obituary. “My family and I will think of you whenever we go to Bill’s Hardware (which is often).”

“I know he will be greatly missed by many,” wrote another.

END_OF_DOCUMENT_TOKEN_TO_BE_REPLACED

More Stories
The Right Note: Where Do We Go From Here?BREAKING: Street Closed in Ballston While Bomb Squad Investigates ‘Concerning Materials’