“Tax Law and the Undocumented” was one of the less-popular choices on our glorious Readerpalooza poll, but it’s tax time, and we want to make sure this information is out there, because someone really needs it. (Our motto here at Statutes of Liberty is “Decreasing Needless Suffering: It’s Taking Longer Than We Thought.”) 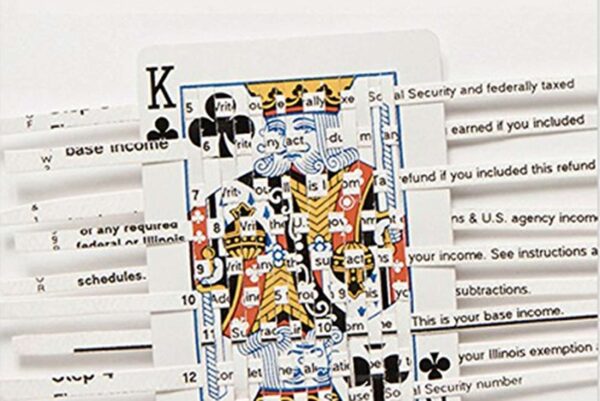 So, it’s time for a Q&A between our imaginary interviewer, Cosell, and our non-imaginary founding partner.

Cosell: Let’s cut to the chase. Do illegal immigrants — undocumented people, what-have-you — do they have to pay taxes?

Montana: Yes. Paying taxes on U.S. income is required under federal law whether you are here legally or illegally.

Cosell: But they don’t have Social Security numbers, do they?

Montana: Some of them do. Immigration is complicated. (Until 1974, you didn’t have to submit any evidence at all to get an SSN — you just asked for one. See here.)

Cosell: OK, wise guy, but how do you pay your taxes without a Social Security number?

Cosell: But come on. It would be stupid to tell the federal government your address and name if you’re living illegally in this country. Why on earth would anyone do that?

Montana: Many of our clients genuinely want to pay taxes. They see it as part of being responsible residents in this country. Also — again, immigration is complicated! — there are lots of families with mixed status. For example, Dad has TPS, Mom is undocumented, one kid is undocumented and the two younger kids were born here. In that family, there are three legitimate Social Security numbers and two ITINs. Dad’s employer will withhold his income, and he’ll want to file a tax return.

Cosell: But won’t the IRS report you to ICE?

Montana: There are plenty of people who fear that, but federal law generally forbids the disclosure of tax information for immigration purposes. This is a contested area of law, but our view is that people should pay their taxes. First of all, it’s the right thing to do. Second, paying your taxes is useful evidence of physical presence and compliance with U.S. law, which your immigration lawyer will love to see.

Cosell: So, let’s say I’m undocumented. Should I have my cousin’s friend prepare my taxes? I hear he’s super good at it — always gets the best refund!

Montana: God, we get this all the time. NO NO NO NO.

Montana: Because your cousin’s friend is an idiot. He will, without fail, (1) claim incorrect numbers of dependents, (2) write down that you are “head of household” when you aren’t, (3) put down his address rather than yours “just to keep things simple” and generally make a dog’s breakfast of the whole thing.

Please go to a licensed tax preparer or a CPA. Free tax preparation is available right here in Arlington from Enterprise Development Group (EDG). If you live in D.C. or suburban Maryland, check out the Catholic Charities Financial Stability Network. If neither of those works for you, go to a physical H&R Block office. H&R Block takes more of your refund than a free preparer would, but they’re still better than the alternative.

Montana: There are so many. My personal fave is Kenneth Mwase, whose unlicensed tax business not only fleeced clients out of their refunds but also (allegedly) drove them to ATMs to demand more money. After his conviction, he fled to South Africa using a bogus Zimbabwean passport. It took an international manhunt to find him. Why would you pay for that kind of service when you can get actual, sane tax advice for free from a kindly retired accountant?