The kennels at the Animal Welfare League of Arlington are loaded and the shelter is hoping for a grand slam that sends all these dogs home.

During AWLA’s week-long Home Run Adoption Event, adoption fees will be cut in half for dogs six months and older to encourage potential adoptive parents to step up to the plate. Tomorrow (Saturday) through Friday, April 9, people can take home dogs under 25 pounds for $137, adult dogs for $100 and dogs 10 years and older for $87.

“Our dog kennels are very full, and with dog transports arriving next week, we really need to get our current dogs adopted to make room for the new dogs coming in from shelters in need in Texas,” Jones said. “Many of our dogs have also been with us for quite a while now, and it’s high time they found their homes.”

Some shelters in Texas are still dealing with the after-effects of the February storms and cold weather that knocked out power to much of the state, she said. Meanwhile, shelters nationwide are entering their busy season, when the number of animals needing shelter begins to rise.

“We get requests every day from shelters and rescues in need of transfer partners, and we always want to help if we are able to,” Jones said.

One year into the pandemic, which prompted many people to combat isolation with new furry friends, it seems adoption rates have come down, she said.

“We are still very busy with adoptions but not quite at the same level as a year ago,” Jones said. “We also seem to have some dogs who are having trouble finding their families and have been with us for a while — they just haven’t found their person yet, but we hope they will this weekend.” 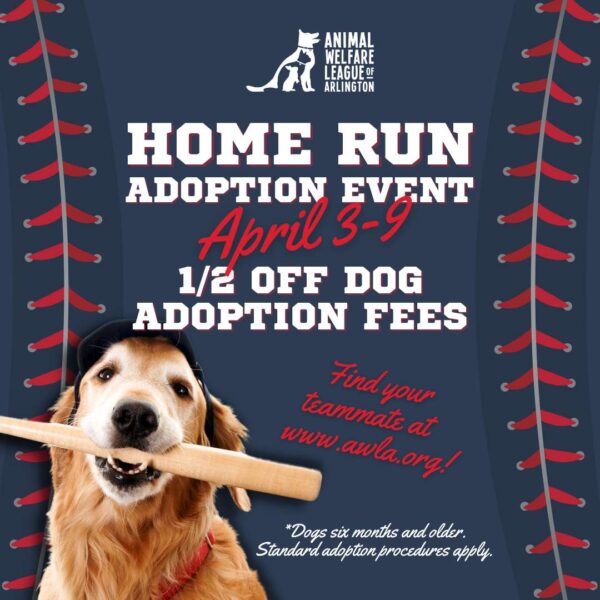 Last week I moderated a conversation on COVID’s impact on Black women and girls, specifically around health and education.