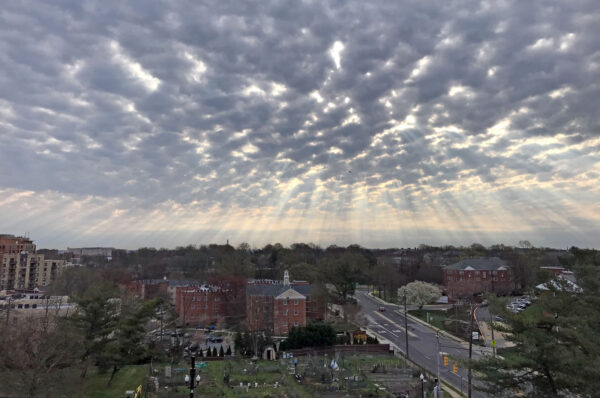 Manager: Say No to Rouse Historic Designation — “With much of the physical infrastructure on the site now a pile of rubble, Arlington County Manager Mark Schwartz wants County Board members to throw in the towel on designating parts of the Rouse estate parcel as a local historic district… While recommending that the County Board reject the historic designation, Schwartz also proposes that staff be directed to come back by October with a report on potential ways the site could be incorporated into Arlington’s historic-preservation and/or affordable-housing efforts.” [Sun Gazette]

Police Looking for Missing Man — Updated at 8:45 a.m. —  The Fairfax County Police helicopter assisted with the search for a missing Arlington man Sunday afternoon. Early his morning, ACPD announced: “[The missing man] has been safely located. Thank you to everyone who assisted by sharing this information.” [Twitter, NBC 4]

Wakefield Makes Football Playoffs — “For the second straight season and third time in four campaigns, the Wakefield Warriors have qualified for the football region playoffs. Wakefield (4-1, 3-1) clinched a 6D North Region Tournament berth with a 13-0 home victory over the Falls Church Jaguars on April 1 in National District action. It was the team’s final regular-season contest in this condensed high-school schedule.” [Sun Gazette]

Reminder: Water Switch in Effect Today — “It’s… that time of year again: the time when your tap water starts to smell a bit like a swimming pool… On Monday, April 5 the disinfectant used in Arlington County’s drinking water will be temporarily switched from chloramine to chlorine.” [ARLnow]

Nearby: New Store Coming to Bailey’s Xroads — “Five Below is moving into the former Pier One space at the Bailey’s Crossroads Shopping Center. Pier One closed in early 2020. Five Below specializes in items for teens and tweens mostly priced at $5 or less. The stores feature toys, snacks, cosmetics, room décor, sports items, accessories, party supplies, and $5 t-shirts.” [Annandale Blog]