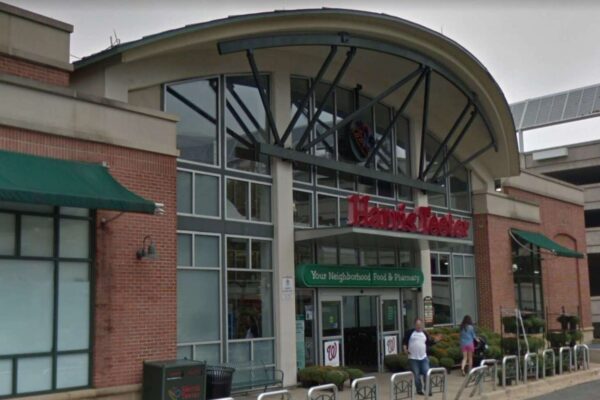 (Updated at 6:50 p.m.) It seems the Harris Teeter in the Pentagon Row shopping center, now rebranded as WestPost, will not be vacating its spot anytime soon.

And if it did, Arlington County will continue to hold the shopping center’s owner to a 1998 agreement that requires the space be filled by a full-service grocery and drug store. The County Board affirmed the status quo in a vote on Saturday.

Although Harris Teeter has at least 10 years on its lease, the Sun Gazette reports, residents in the 22202 zip code were worried about even the possibility that their neighborhood grocery store would one day be replaced with a smaller-scale grocer such as Whole Foods or Trader Joe’s. (Pentagon City already has one Whole Foods, near Amazon’s future HQ2.)

Anticipating the end of Harris Teeter’s initial lease, Pentagon Row’s owner, Rockville-based Federal Realty Investment Trust, had requested the county modify the 1998 agreement to allow Federal Realty to find a smaller retailer that sells drug- and grocery-store items if it could not find a full-service store.

The ask, which included other requests for flexibility regarding space, went before the Arlington County Board last month. At the time, nearly a dozen community members voiced their support for keeping the language. Board members deferred the item for one month so County Manager Mark Schwartz could work with the property owner on changes.

“Because of our combined efforts, the developer backed off on changing [the] section that would have allowed less than a full-scale grocery,” said Carol Fuller, the president of the Crystal City Civic Association and Open Space Coordinator for Livability 22202, an advocacy group for quality-of-life issues in the area. “We were very worried about losing Harris Teeter. We fought it hard. Once they dropped that, we were no longer concerned with the other amendments.”

The county previously said that “Federal Realty shared their full intent and interest in retaining the current tenant or other similar operator.”

The shopping center sought the flexibility, supported by the National Landing Business Improvement District and the Arlington Chamber of Commerce, “so that they can respond to changes in the market in the event that they need to replace the grocery store tenant and services.”

Scott Miles, president of the Aurora Highlands Civic Association, said last month that losing Harris Teeter, or an equivalent full-service store, would degrade grocery options in a core part of the county and hinder residents’ ability to buy necessities without a car.

“A large, full-service grocer at the site remains an essential community service,” he said. “This may sound harsh, but we want the applicant to be fearful of not maintaining a large grocer — it’s not enough to ask for commercially reasonable efforts.”