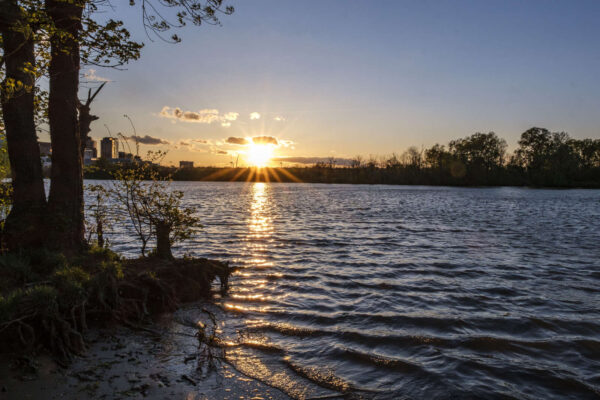 Residents Want Better HQ2 View — “The tallest and most distinctive tower planned for Amazon.com Inc.’s second headquarters, the conch-shaped ‘Helix,’ will be like no other building in Greater Washington. And Arlington residents would like to see it from their neighborhoods… [as planned] the positioning would obstruct the surrounding community’s views of the signature structure, said Leonardo Sarli, an Arlington planning commissioner.” [Washington Business Journal]

Ebbin Endorses Colleague’s Challenger — “State Sen. Adam Ebbin (D-Alexandria-Arlington-Fairfax) has endorsed challenger Elizabeth Bennett-Parker in the competitive Democratic primary in the 45th House District. ‘I feel a responsibility to weigh in,’ Ebbin said in an April 22 statement… Bennett-Parker, who currently serves as vice chair of the Alexandria City Council, will face off against [Del. Mark] Levine in the June 8 Democratic primary.” [Sun Gazette]

County Launches Hunger Task Force — “Arlington County has launched a Food Security Task Force to develop strategies and recommendations to achieve a more food secure Arlington. ‘Our fellow Arlingtonians in need are our families and neighbors, and while the County and community came together to address hunger needs throughout the pandemic, much more remains to be done,’ said Matt de Ferranti, Chair of the Arlington County Board.” [Arlington County]

Bar Seating Now Allowed Again — “Remember sitting at a bar and ordering a drink from a bartender? It’s been a while since that simple activity has been allowed in much of the greater Washington area due to pandemic regulations. But in an executive order quietly updated on Wednesday, Governor Ralph Northam is allowing Virginia bar patrons to be seated at a bar for service as long as there is a minimum of six feet between parties.” [Washingtonian]

Other Covid Restrictions Eased — “Governor Ralph Northam today announced that sports and entertainment venues in Virginia may begin to operate with expanded capacity, and social gathering limits will increase beginning Saturday, May 15th. The announcement comes as vaccinations continue to rise in the Commonwealth, and more than half of all adults have received at least one dose of the COVID-19 vaccine.” [Gov. Ralph Northam]

Nearby: D.C. Statehood Advances — “For the second time in history, the House passed legislation Thursday to make the District of Columbia the nation’s 51st state, bolstering momentum for a once-illusory goal that has become a pivotal tenet of the Democratic Party’s voting rights platform. Democrats unanimously approved Del. Eleanor Holmes Norton’s Washington, D.C. Admission Act, describing it as a bid to restore equal citizenship to the residents of the nation’s capital and rectify a historic injustice.” [Washington Post]