U.S. citizenship is the ultimate goal for most of our clients. It can take decades to obtain, but it can be lost in an afternoon appointment before a single consular officer. How that is done — and why — is the subject of this week’s column.

First, a key distinction: People who have green cards (“lawful permanent residents”) can lose their permanent residency without their consent; United States citizens cannot lose their citizenship, other than in extremely rare cases, without affirmatively applying for denaturalization. You can lose your green card by spending too much time abroad or by stealing a candy bar; a United States citizen can live abroad for decades and commit every crime in Title 18 of the United States Code without losing citizenship. Under the 14th Amendment as interpreted in Afroyim v. Rusk, Congress cannot revoke the citizenship of an individual citizen or pass a law depriving an entire class of citizens of their privileges.

So, citizenship is difficult to lose. How might you manage it? The most common way is to affirmatively renounce your citizenship in an interview before a U.S. consular officer abroad. Once renounced, the expatriate is in the same position as a foreigner who never held U.S. citizenship. He must obtain a visa if he ever wants to travel to the United States.

There are many legitimate reasons to relinquish United States citizenship. Tina Turner, for example, decided that she wanted to live in Switzerland with her husband for the rest of her life because, to paraphrase only lightly, Switzerland is fantastic. Alexander Boris de Pfeffel Johnson was, to paraphrase not at all, angry about an “absolutely outrageous” tax bill on the sale of London property and, one imagines, embarrassed to be both a U.S. citizen and an ambitious striver in Whitehall. Eduardo Saverin did not want to share his Facebook bajillions with the likes of you.

Those are rather boring cases, though. For pure appeal, we like the case of William Ash, a Texan and farmworker who was righteously furious about U.S. neutrality at the outset of World War II and did something about it — he went to England and joined the RAF. He was shot down, captured, imprisoned at Stalag Luft III and attempted escape repeatedly. (Steve McQueen, in “The Great Escape,” portrays a fictionalized version of William Ash’s adventures.) 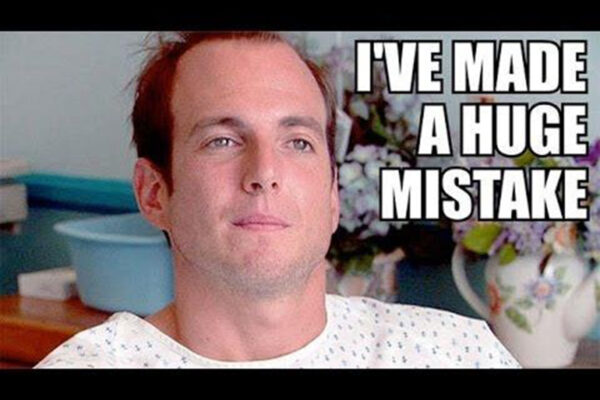 After demobilization, Ash tried to return to the U.S. only to find that he had been denaturalized simply for joining the British armed forces. Undeterred, he studied at Balliol College, Oxford. He attempted to join the British Communist party but was rejected for being too quirky and individualistic. He wrote 12 novels and seven works of nonfiction. He died at 96 — a British citizen to the end.

Let us imagine that, while a lawful permanent resident, you work as a home health aide. While working as a home health aide, you apply for United States citizenship; you duly receive it and become a U.S. citizen. Meanwhile, the company you work for has been committing large-scale Medicaid fraud. For your part in the scheme, you are sentenced to one year of community supervision and a small fine. Your arrest, trial, guilty plea and sentence all happen after you became an American citizen.

One day, after you’ve finished your community supervision and paid a fine, you receive a notice stating that the United States has filed a civil suit against you in federal court with the objective of stripping you of U.S. citizenship. “How can they do that?” you might ask. Well, Statutes of Liberty is here to remind you of one very odd question from your naturalization application:

“Have you EVER committed, assisted in committing, or attempted to commit, a crime or offense for which you were NOT arrested?”

By answering that question “No,” as you no doubt did, you gave the government an avenue to argue that you obtained your U.S. citizenship by material misrepresentation. At the time you answered that question, recall, you had a relatively minor part in a Medicaid fraud scheme, to which you pled guilty. You therefore have duly confessed that you had committed a crime for which you were not arrested, and, despite that fact, answered “No.” Denaturalization proceedings follow. After you are denaturalized, the government can subsequently move to strip you of your lawful permanent residency and deport you.

That case posture is not hypothetical.