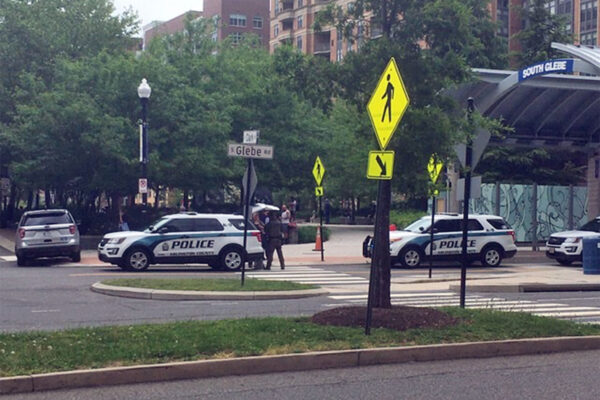 (Updated at 4:30 p.m.) The “all clear” has been given after a bomb threat in the Crystal City/Potomac Yard area.

The investigation took place on the 3500 block of S. Clark Street, a block that includes the U.S. headquarters of grocery chain Lidl and an LA Fitness location.

An Arlington County Police Department spokeswoman declined to specify who or what received the bomb threat, but did note that several nearby businesses were evacuated during the investigation.

Arlington County firefighters and other law enforcement agencies are assisting with the investigation, said ACPD’s Ashley Savage. Assistance was provided by the explosives detection K-9 units of Virginia State Police, the Pentagon Force Protection Agency, the Central Intelligence Agency, Amtrak, and and the National Geospatial Intelligence Agency, she said.

FINAL: The all clear has been given. Employees are beginning to reenter businesses and road closures should be lifting shortly.

Okay looks like state and federal folks just showed up. This must be a real deal thing.

Metroway-Potomac Yard Line Delay: Due to police activity on S. Glebe Rd at Potomac Ave, buses are experiencing delays in both directions.