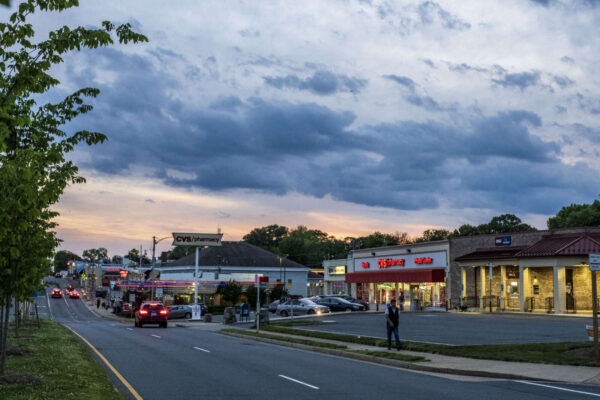 Book: Bezos Helped Steer HQ2 to Arlington — “According to “Amazon Unbound,” a new book by Brad Stone that looks at the last decade of growth at the company, employees overseeing the HQ2 search winnowed the choices to a top three list that included Chicago, Philadelphia and Raleigh, North Carolina. When it came time to make a final choice, Bezos dismissed months of research by going with his gut and selecting Arlington and Long Island City in Queens.” [Washington Business Journal]

Democratic School Board Caucus Underway — “Voting in the Arlington County Democratic Committee School Board Endorsement Caucus opened at midnight today through a nationally recognized electronic voting platform that will allow Arlingtonians to conveniently, anonymously and securely cast their ballots from mobile devices or computers 24/7 through 11:59 p.m. Sunday (March 23)… Arlington Democrats will also offer 32 hours of in-person voting on May 18, 19 and 22, at four locations across the county.” [Arlington Democrats]

CivFed Studying Arlington’s Form of Gov’t — “The Arlington County Civic Federation’s study of the community’s form of governance will include nearly three months of online meetings to look at issues ranging from how to conduct elections to whether County Board and School Board members should be elected in districts… The effort, agreed to by Civic Federation delegates late last year, is dubbed ‘TiGER’ (Task Force in Governance and Election Reform). It has been assigned to study and possibly proffer changes to the county’s 90-year-old governance structure.” [Sun Gazette]

Layoffs Hit Rosslyn-Based Rosetta Stone — “None of the employees interviewed knew exactly how many people were laid off at the Harrisonburg office. IXL also laid off workers at Rosetta Stone’s Arlington and Seattle offices, as well. Employees told The Citizen that while a few were spared, ‘almost everyone’ in Harrisonburg was let go… Eric Bates, an IXL spokesperson, issued a statement to The Citizen saying, ‘while Rosetta Stone is moving in a new direction, the changes we are making at the company will ultimately help it grow.'” [The Citizen, Geekwire]

YouTube Star Responds to DCA Petition — “JoJo Siwa says she’s a big fan of the movement to remove Ronald Reagan’s name from an airport in favor of her … telling us it would be the SICKEST THING EVER!!! We got the YouTube star at Craig’s in WeHo Wednesday night and asked about the petition to change Ronald Reagan Washington National Airport to the JoJo Siwa Washington National Airport. JoJo says she’s on board with the change, telling us it’s the best idea she’s ever heard in her life. The petition’s already got 33,000 signatures and counting.” [TMZ]