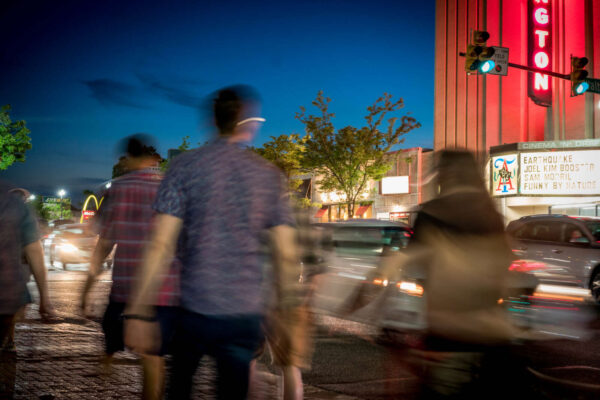 Winning Lottery Ticket Sold in Crystal City — “A Maryland man walked away with the top prize in the Virginia Lottery’s Double Dollar Crossword, after the ticket from ann Arlington convenience store turned out to be a winner.
Silver Spring resident Elvis Umana Hernandez works in construction and carpentry. He recently bought the winning ticket worth $250,000 during a visit to the 7-Eleven at 1500 S. Fern St.” [Patch]

Goldman Sachs Investing in Local Startup — “Arlington startup MotoRefi, whose platform aims to make refinancing car loans easier for consumers, is closing in on an eight-figure round involving a blue-chip investor. The company is poised to raise about $45 million in new funding, the lion’s share of which comes from Goldman Sachs, according to sources familiar with the deal.” [Washington Business Journal]

Catholic Diocese Lifts Restrictions — “The Catholic diocese in Arlington, Virginia, has lifted COVID-19 restrictions for masses and other activities. Bishop Michael Francis Burbidge said in a video message released Tuesday, ‘We can once again celebrate as a community, without the need for social distancing or capacity limits.’ People who are not vaccinated are ‘encouraged to wear a mask for the time being,’ the bishop said.” [WTOP]

ACFD Helps Battle Fairfax House Fire — “The Fairfax County and Arlington fire departments also responded to a house fire in the 7700 block of Virginia Lane in Falls Church last night. A cause and estimate of damages have not been announced yet, but the blaze did not result in any reported injuries.” [Tysons Reporter]

Affordable Housing Bill Takes Effect July 1 — “Thanks to HB 2046 from Del. Jeff Bourne, D-Richmond, beginning on July 1 localities across Virginia will no longer be allowed to deny building permits to projects ‘because the housing development contains or is expected to contain affordable housing units occupied or intended for occupancy by families or individuals with incomes at or below 80% of the median income of the area.'” [GGWash]

Reminder: We’re Taking The Day Off — ARLnow’s staff has been working hard during the pandemic and we’re getting the day off to enjoy a four-day Memorial Day weekend. As such, except in the event of breaking news, we will not be publishing today.