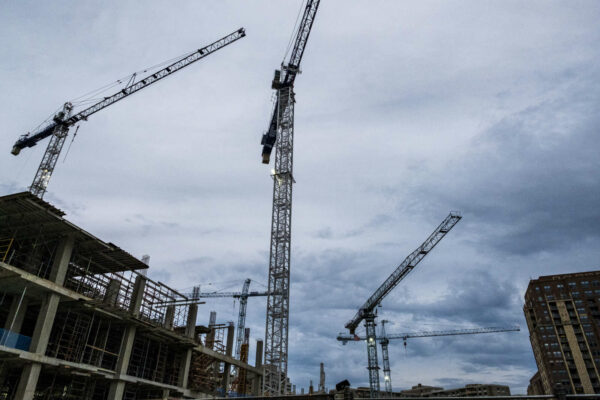 Report Details ACPD Actions at Lafayette Park — “The ACPD civil disturbance unit commander told us that ACPD officers were not equipped with chemical irritants other than rounds similar to pepper ball but said the ACPD did deploy inert smoke and a flash bang grenade on 16th Street during the clearing operation.” [Dept. of Interior, DCist]

Arlington Sit-ins Remembered With Art — “Sixty-one years ago this month, several Howard University students and allies walked into the People’s Drug Store on Lee Highway in Arlington. For the next two weeks, they participated in sit-ins to protest white-only lunch counters across the county. Now, there is a special exhibit and letter pressed cards to mark this moment of Arlington’s civil rights history.” [NBC 4]

Cicada Sundae at Local Ice Cream Shop — “Toby’s Homemade Ice Cream & Coffee in Arlington is offering a Cicada Sundae. Don’t worry. It’s not made with real cicadas. The frozen treat comes with one scoop each of chocolate, bittersweet chocolate and café au lait, topped with chocolate sprinkles, two red M&Ms and a waffle cone…  The waffle cones are fashioned to look like wings and the M&Ms as eyes.” [Patch, WTOP]

Del. Levine’s Farewell Message — From Del. Mark Levine, after falling short in his reelection bid and run for lieutenant governor: “I’ve had the honor of impacting positive change in the world in so many ways already through decades of activism, thousands of radio and tv shows, and dozens of laws. Whatever the future holds for me, I know I will never stop speaking out against injustice.” [Twitter]

Candidate Adds Military Rank to His Name — “Major Mike Webb, who has floated around the periphery of the Northern Virginia political scene for nearly the past decade, qualified for the School Board ballot. He will be the lone opposition to [Mary] Kadera, who last month won the Democratic endorsement over Miranda Turner… (‘Major’ was Webb’s military rank but now also is a formal part of his name, as he did requisite legal paperwork add it.)” [Sun Gazette]