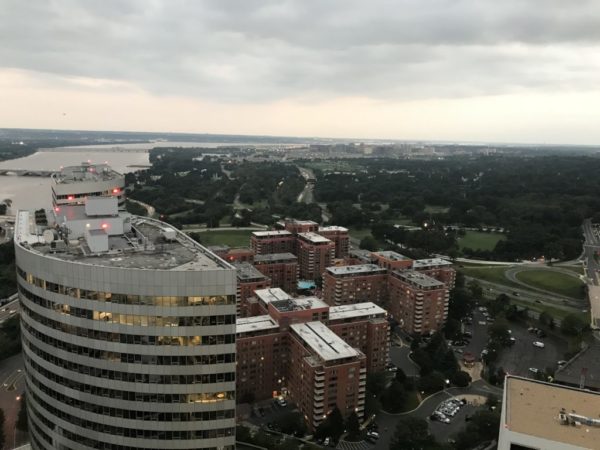 Arlington County is looking to restart an initiative aimed at helping condominium owners stay in their condos that was halted by the pandemic.

The Condominium Initiative, which is part of the county’s Housing Arlington program, is focused on strengthening condo associations. A series of workshops this fall will include information on when capital improvement assessments should be performed and who should do them.

“We are currently working with the City of Alexandria, with whom we had co-sponsored the previous workshops, to schedule more events,” said Elise Cleva, the acting spokeswoman for Arlington’s Department of Community Planning, Housing and Development.

County staff involved with the Condo Initiative are considering some ideas such as small loans to help low- and moderate-income and elderly condo owners pay for repairs and assessments.

“No specific program has been developed and no funding source has been identified,” Cleva said. “Instead, staff is focusing on outreach at this time, with a goal of becoming more familiar with the issues that are of greatest concern for condominium developments; particularly those that are considered ‘affordable’ homeownership.”

Condo affordability and safety have been on County Board member Christian Dorsey’s radar since 2019 — but the issues have been on the back-burner due to other Housing Arlington initiatives, such as the ongoing study of “Missing Middle” housing stock, which will examine how Arlington can increase the supply of townhomes and duplexes, among other issues.

Dorsey tells ARLnow the county needs to get the ball rolling on its condo initiative if it wants to get ahead of problems that are bound to befall aging condos later on. The issue took on a greater sense of urgency after news broke of a condo building collapsing in the Miami area late last month.

Dorsey said he is not worried about a disaster of that scale happening in Arlington, but he is worried about deferred maintenance. Condo owners are responsible for regular assessments and for maintenance, but when the costs become too great, the work often gets put off. Eventually, it compounds, he said, and people opt to sell rather than fix their building.

“I think it’s an emerging problem — one thing that doesn’t reveal itself to you until it becomes catastrophic,” Dorsey said.

In 2016, the county sent surveys to 134 condo association contacts. Of the 16 that responded, 11 were deemed “potentially affordable,” with sale prices less than $500,000. According to a survey summary, one building was less than 20 years old and three were less than 50 years old, and the most common capital needs were aging or deteriorating roofs, structural issues and old mechanical systems.

At the time, however, the 16 respondents expressed “minimal interest” in workshops or technical assistance, and only one development said it did not have the money to make repairs, the summary said.

“These results suggest the need to intensify efforts to contact condo associations and engage them in identifying needs and interests and planning for a program of services, activities and financial assistance,” the summary said.

But conditions have changed since that survey, Dorsey said. Over the last couple of years, the County Board has received a growing number of accounts of deferred maintenance in certain condo communities, a trend that he predicted will continue as wages stagnate and fees climb.

He added that the work should start now because sustainable solutions will require federal policies, which could take a few years to hammer out, he said. The board member said he wants monthly fees and assessments to be tax deductible just as interest on mortgages for homes is tax deductible.

“The reason I think the federal government has a role here is first, equity — not disadvantaging by homeownership type — and second, the level of government subsidy that would be required is significant,” he said.

Federal low-interest loans — such as those done during natural disasters — could also help condo associations pay for assessments, he said.

Dorsey brought up his policy ideas to Sen. Mark Warner (D-Va.) during a round table on affordable housing last week. Later, Warner told ARLnow in a statement that this kind of conversation could have broad policy implications.

“We know that more Americans now find it more difficult to find the capital to purchase their first home or the resources to cover the unexpected costs of maintaining it,” Warner said. “As a member of the Senate Committee on Banking, Housing, and Urban Affairs, I know that this is a conversation we continue to have to make sure homeownership is more accessible to and affordable for all Americans.”

At the county level, Dorsey said staff could provide technical advice to condo owners with an unengaged board or an unresponsive property management company, he said.

“We’ve got the capacity to do it and it’s a valuable service for people, especially for condo communities for first-time homebuyers and recent immigrants,” he said.

“In addition to providing valuable financial/budget guidance, reserve studies are also an important way to ensure your building/community remains in safe working order and structurally sound,” he writes.

“The Arlington condo market has improved from the end of 2020/early 2021, and prices seem to be coming back, but inventory levels are still much higher than they were in the years preceding the Amazon HQ2 announcement,” he said. “Condo inventory has steadily increased through the spring after dropping (and flattening) from five-year highs this winter.”