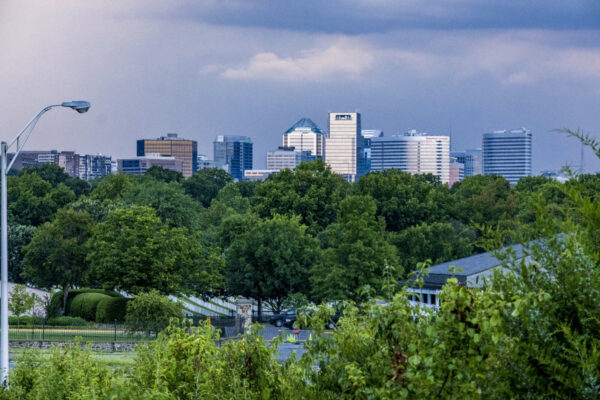 Another Rosslyn Redevelopment Planned — “Rosslyn’s aging Xerox Building could soon be replaced with a massive new apartment complex, as the neighborhood’s older properties continue to steadily redevelop. The investment advisory firm TIAA, which owns the building, and its real estate arm, Nuveen, filed plans in Arlington County last month calling for the full overhaul of the property at 1616 Fort Myer Drive. In its place, the companies hope to build a 691-unit apartment building reaching up to 30 stories tall.” [Washington Business Journal]

Arlington History Museum Reopens — “Having reopened its museum to the public on the nation’s 245th birthday, leaders of the Arlington Historical Society are now looking ahead to completing a top-to-bottom renovation and reimagining of the facility in time for the nation’s 250th… The museum is located in the 19th-century Hume School, located on Arlington Ridge Road. It came into the society’s possession 60 years ago, and is showing its age.” [Sun Gazette]

Last Week’s Tornado, As Seen from D.C. — “Lightning softly flickered inside the body of the storm. The shelf cloud, a smoothed and rounded arc fanning outward just above the ground, was lit from below as it tumbled over the urban glow of Ballston, Clarendon and Rosslyn… I began fixating on a ringed, collar-shaped cloud above the curtains of rain. Shortly before 9 p.m., the lowest portion of the cloud appeared to be curling inward, deviating from the storm’s heading.” [Capital Weather Gang]

Nearby: Alexandria Removes SROs — The Alexandria City Council has voted to remove School Resource Officers from city schools, despite opposition to the move from the School Board. Last month the Arlington School Board voted to move SROs off school grounds.  [ALXnow]