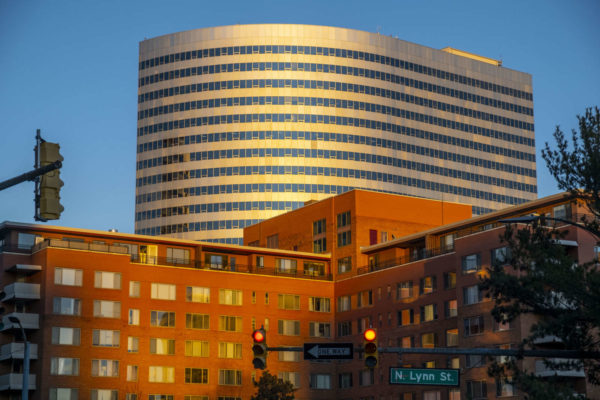 The deal is worth around $1 billion, according to initial reports as the news broke this morning.

Politico has sold to Axel Springer for more than $1 billion, people familiar say.

Politico was founded in 2007 in Rosslyn, in the same office tower at 1000 Wilson Blvd as its former sister outlet, local ABC station WJLA. The station was sold in 2013.

Axel Springer says the addition of Politico to its U.S. digital media holdings, including Insider (formerly Business Insider) and Morning Brew, will add to its growing reach.

Politico started out as primarily a Capitol Hill newspaper, competing with the likes of The Hill (which also recently sold) and Roll Call — complete with newspaper boxes offering free copies around Arlington and D.C. Metro stations — but has since grown a large, mainstream audience for its online political coverage. It also generates substantial revenue from a high-end subscription service called Politico Pro.

Arlington is home to a number of other media companies, including Washington Business Journal, Graham Holdings, Salem Radio Network, Washington Free Beacon and Townhall Media, all in Rosslyn.

Politico co-founder Jim VandeHei, along with colleagues Mike Allen and Roy Schwartz, broke with owner Robert Allbritton in 2016 and founded a competing publication, Axios, which is based in Clarendon. PBS has its headquarters in Crystal City, while local public broadcasting station WETA, along with the PBS Newshour, which it produces, are based in Shirlington. ARLnow and its sister sites ALXnow, Tysons Reporter and Reston Now are based in Ballston.

Axios, meanwhile, has previously been discussed as a possible acquisition target for Axel Springer.

As Luke reported, Jim VandeHei was eager to sell to Axel Springer, Allbritton ambivalent. VandeHei left and formed Axios, which was reportedly in talks with AS earlier this year https://t.co/Jwn6i5A8GJ

More on the sale of Politico, below, from a press release.

The publishing group Axel Springer signed an agreement to acquire POLITICO, including the remaining 50 percent share of its current joint venture POLITICO Europe, as well as the tech news website Protocol from Robert Allbritton.

POLITICO will complement and strengthen Axel Springer’s portfolio with an authoritative voice offering inside perspective and analysis of politics and policy in Washington D.C., across the U.S., and around the globe. Together with INSIDER and Morning Brew, which are already part of the company’s portfolio, Axel Springer’s U.S.-headquartered news brands will have a significant reach.

Over its 15-year history, POLITICO has emerged as one of the world’s most-influential news sources, and one of the preeminent models of successful media innovation in the 21st Century. Today, more than 500 journalists at POLITICO and its sibling publication Protocol, launched in 2020, help set the agenda on the most urgent issues dominating the global public policy landscape. With significant revenue derived from high-value business-to-business subscriptions and advertising, the publishing model has produced steady growth and healthy profits, and has a proven strategy for further robust expansion moving forward.

Axel Springer and POLITICO in the U.S. have been joint venture partners since 2014 when they launched POLITICO Europe. The Brussels-based publication has since become an indispensable source of information in the EU and has continuously grown both its newsroom and its revenues and has been profitable since 2019.

Mathias Döpfner, CEO Axel Springer, commented: “POLITICO’s outstanding team has disrupted digital political journalism and set new standards. A true North Star. It will be a privilege and a special responsibility to help shape the future of this outstanding media company. Objective quality journalism is more important than ever, and we mutually believe in the necessity of editorial independence and nonpartisan reporting. This is crucial for our future success and accelerated growth.”

Robert L. Allbritton, Founder and Publisher of POLITICO and Protocol: “My 15-year adventure with POLITICO has been the ride of a lifetime. I reach this milestone with a sense of satisfaction that I hope is shared by every POLITICO. Together we have built what is without a doubt the most impressive and most enduring of the many experiments in new publications over the past generation. Particularly in recent years, we have put the emphasis on doing rather than boasting, and what multiple competitors have aspired to–a consistently profitable publication that supports true journalistic excellence–we have achieved.

Above all, I have always known that ownership is about responsibility. As POLITICO has prospered in recent years, accompanied by the successful launch of Protocol, it became steadily more clear that the responsibility to grow the business on a global scale, to better serve the audience and create more opportunities for our employees, might be better advanced by a larger company with a significant global footprint and ambitions than it could be by me as owner of a family business. As I have often said, I would only welcome a new investor that reflected my values and POLITICO’s distinctive company values. Axel Springer and Mathias Döpfner and his team meet that test better than any other company in media today. I look forward to working with them as publisher of POLITICO and Protocol as we reach even greater heights.”

Robert Allbritton will continue as publisher of POLITICO and Protocol. The editorial and management leadership teams of POLITICO in the U.S., POLITICO Europe and Protocol will remain in place, and will continue to operate their publications separately from Axel Springer’s other brands headquartered in the U.S. Both parties have agreed not to disclose the deal terms. Subject to regulatory approval, closing of the transaction is expected in Q4 2021.