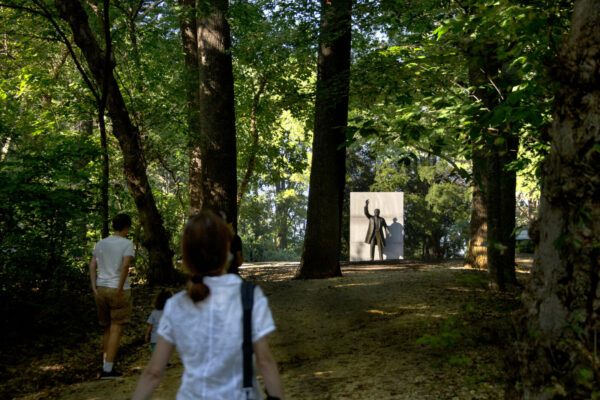 Frank O’Leary Pushing for Museum Funding — “Now, in retirement, the former Arlington treasurer is equally unfiltered, when it comes to issues dear to his heart. And few, at the moment, are more dear to O’Leary than the effort to obtain the county government’s participation in funding renovation and expansion of the Arlington Historical Society’s Hume School museum. ‘It is time for our local government to step forward. Every local government in Northern Virginia – except Arlington – has fully funded one or more local museums,’ he said.” [Sun Gazette]

Inner Ear’s Visual Art — “Don Zientara is known for his ears. I wanted to hear about his eyes. ‘Right here is a painting by Jay Stuckey, who was a punk rocker in D.C.,’ says Zientara, showing me around the control room at his famed Inner Ear Recording Studios in Arlington… After more than 30 years in this former Hair Cuttery training center, Inner Ear is closing, making way for redevelopment.” [Washington Post]

Arlington GOP Comms Director Quoted — “Senate Majority Leader Chuck Schumer (D., N.Y.) has called Republicans hypocritical for greenlighting trillions in spending under former President Donald Trump only to turn around and object under President Biden. Matthew Hurtt, who became active in politics during the tea party’s rise and is communications director for the Arlington County Republican Committee in Virginia, said Mr. Schumer ‘has got a good point… our tribal politics means frequently people don’t hold their own side accountable.'” [Wall Street Journal]