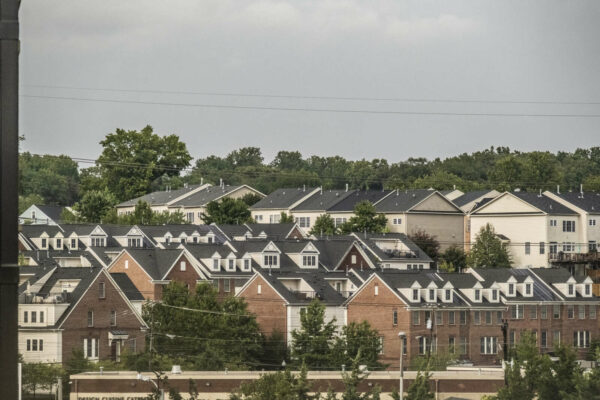 Fundraiser for Former Restaurant Employee — “My name is Dante. I’m the general manager at the Green Pig Bistro in Arlington. Recently we had a tragedy in our green pig family. One of our former employees, Myra died in child birth. Her husband, Rolando, is also a former employee. We are… [raising] money to help this single father out.” [GoFundMe]

Designers Weigh in on New County Logo — “I think if you think of it as a logo, it has some pretty obvious shortcomings in that it doesn’t say much about Arlington except as part of the larger region. It’s more of a reasonable mark for the DMV than it is for Arlington itself. It would be nice if they could’ve had something about Arlington to feature there. On the other hand, Arlington being part of the DMV might be what’s most interesting about it.” [Washingtonian]

Rent Keeps Rising in Arlington — “Median apartment-rental rates across Arlington continue their post-COVID rebound and are the highest in the Washington region, but the rate of growth over the past month was slightly below the national average. With a median cost of $2,061 for a one-bedroom apartment and $2,495 for a two-bedroom unit, the median price for Arlington rentals over the preceding month was up 1.9 percent.” [Sun Gazette]

Arlington Jobless Rate Dropping — “Arlington’s jobless rate in August dropped to 3 percent, according to new data, as the county and region continue to wriggle free of the economic grip of COVID… The August data… showed 145,095 Arlington residents employed in the civilian workforce and 4,549 looking for jobs. The resulting 3-percent rate was down from 3.4 percent in July, and a healthy drop from the 5.2-percent rate recorded in August 2020.” [Sun Gazette]

END_OF_DOCUMENT_TOKEN_TO_BE_REPLACED

More Stories
TRAFFIC ALERT: Significant Delays on I-395 After Vehicle OverturnsMorning Poll: Were You More Productive During the Facebook and Instagram Outage?