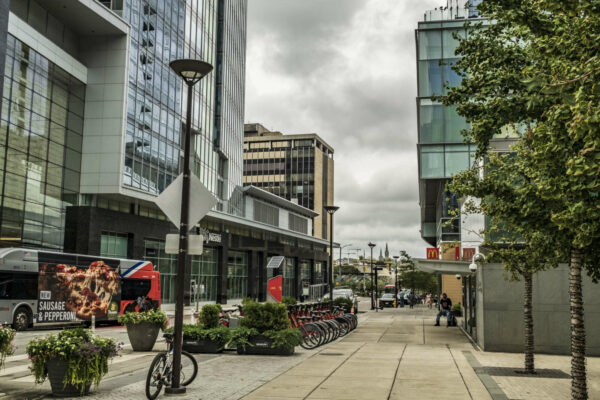 Man Found Unconscious in Jail Cell — “A 58-year-old adult male has been transported to an area hospital for medical treatment after being found unconscious in his cell in the Arlington County Detention Facility. At approximately 6:30 a.m. on Oct. 5, 2021, the individual was found unconscious in his cell in the medical unit. Deputies and medical staff began immediate resuscitation efforts until the arrival of Arlington [County Fire Department] units. He was transported to Virginia Hospital Center for additional treatment and is in stable condition.” [Arlington County]

Expect More Pedestrians Near Schools — “On Wednesday, Oct. 6, Arlington Public Schools is taking part in Walk, Bike and Roll to School Day, an annual international celebration that encourages students to walk, bike or roll to school while teaching the health, environmental and community-building benefits of active transportation and safe routes to school.” [Arlington County]

New DCA Checkpoints Opening Soon — “Reagan National Airport’s new security checkpoints are set to open in about a month, in time for holiday travel. This will dramatically reshape the airport, putting most of what is now open space (Ben’s Chili Bowl) in the B/C terminals BEHIND security.” [NBC Washington, Twitter]

Honors for Fmr. W-L Volleyball Player — “Kate Sheire ’24 led the Bears offense, scoring 21 kills and blocking three shots to help bolster their defense… Sheire, who leads the Bears roster with 136.5 points over 11 games, added to her already-stellar rookie campaign with the performance against Yale. The Ivy League announced Monday that Sheire — whose 21 kills led all scorers in the first week of conference play – was selected as both the Ivy League Rookie of the Week and Ivy League Player of the Week Monday.” [Brown Daily Herald]

Historical Society Talk Planned — “In another sign of a rebound in the COVID era, the Arlington Historical Society is resuming in-person meetings. First up: An Oct. 14 gathering focused on the Syphax family. The event will be held at 7 p.m. at the Reinsch Library on the main campus of Marymount University… Historian and genealogist Steve Hammond will discuss the Syphax family, starting with those who were enslaved on the Arlington House plantation, continuing with the post-Civil War era and running through the modern day.” [Sun Gazette]

Football Trophy Returns to Yorktown — “After years of being elsewhere, a championship football trophy has returned to where it originated – in possession of the Yorktown High School football team. Back in 1976, when David Gebhardt was Yorktown’s first-year head football coach, the Patriots won the Great Falls District title. When Gebhardt moved to Jamestown, N.C., years later, that trophy unintentionally was taken along.” [Sun Gazette]