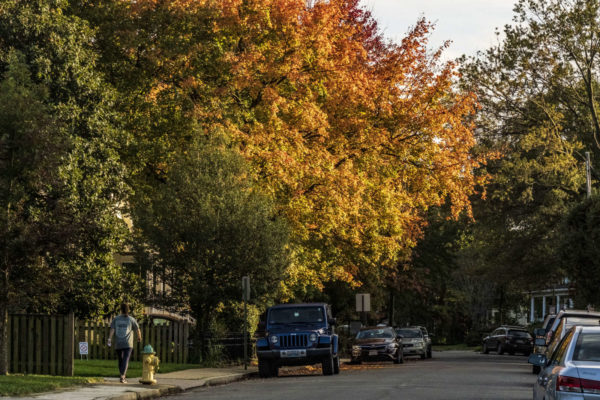 New AG Targets N. Va. Prosecutors — “Virginia Attorney General-elect Jason Miyares said that he and Governor-elect Glenn Youngkin will pursue legislation to enable the state’s attorney general to circumvent ‘social justice’ commonwealth’s attorneys who refuse to vigorously prosecute crimes. At a news conference on Thursday, Miyares laid out ‘one of our major legislative initiatives’ which Youngkin ‘has already indicated that he would sign… into law.'” [Fox News]

Department Bans ‘Kill’ from Feedback — From Arlington Transportation Commission Chair Chris Slatt: “Today I learned it’s against our ‘Community Guidelines’ to tell DES that their designs are going to get someone killed.” [Twitter]

Younger Va. Voters Get Less Blue — From ARLnow opinion columnist Nicole Merlene: “Millennials and Gen Z swung almost 10% from Ds to Rs in the #VAGov election. That is ONE THIRD of voters in Virginia. More % of voters than college educated white women — so why are they the story?” [Twitter]

Local Legion Post Getting New Flagpole — “The Arlington House chapter of the National Society Daughters of the American Revolution on Oct. 28 presented a financial contribution in support of the effort to raise a new flagpole at the post, which is being redeveloped in partnership with the Arlington Partnership for Affordable Housing (APAH). DAR chapter regent Nancy Weinberg in 2020 contacted Bob Romano, then-post commander of Sgt. Dorothy M. Doyle American Legion Post 139, to discuss what could be done to assist Post 139 during the construction period.” [Sun Gazette]

Join the ARLnow Press Club — Get the Morning Notes early and find out what we’re planning to cover that day. Plus exclusive text alerts, insights and more. Sign up now.