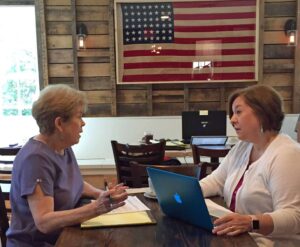 Local news matters, and so do local opinions. Participating in local decision-making is a driver of democracy, to just stay aware, to advocate for or against a proposal.

Many of us might never know what the debate was about unless reputable, objective news outlets clued us in. Or unless a solid opinion columnist analyzed the issue, albeit briefly, to make readers aware.

This is the final Progressive Voice column, due to ARLnow’s decision to discontinue all current columns. Today, the editors of Progressive Voice reflect on some of our most well-received columns of the past four years, and offer a glimpse of issues and insights that still need to be heard.

Readers told us that they value seeing opinions on issues that directly affect them, such as tear-downs of single-family homes that are replaced by huge McMansions, being asked for input from the County when “the decision has already been made,” growth being “not an unbridled good,” and living in Arlington’s “blue bubble.” We know these issues struck a chord in part because of readership data (not “comments”), and from listening to a wide swath of Arlington citizens day after day.

Before the pandemic, our interactions at the coffee shop and gym let us hear people’s thoughts on what we’d just covered, or might be interested in covering. Because we consistently reached out, people never shied away from giving us feedback — good, bad or ugly.

Readers told us they liked hearing from different authors and points of view along the progressive spectrum. Over the past four years, Progressive Voice featured more than 70 different columnists, explaining why an issue mattered to Arlington or perhaps why they railed against a County decision. The need for quality childcare, the stormwater bond, what to do about the social isolation of senior adults, and much more.

Such issues are still out there, with earnest neighbors still caring about them. Given ARLnow’s decision to discontinue its current opinion columns, here are just three of the Progressive Voice columns that were in the works — yet now won’t be published:

Progressive Voice always started with the desire to air well-informed views on local issues that mattered. We thought it important to present a variety of voices — so we worked with dozens of writers instead of relying on just one person’s view, time and again. Young, old, newcomer, long-timer, Black, Brown, White or Asian, well-off or not so much, they chose topics that mattered to them and cared enough to put their thoughts out there for the community. Progressive Voice closes its chapter with the hope that these voices will persevere, and not grow weary.