In our federal system, states and localities have primary police power and the federal government has primary authority over immigration enforcement.

You may recall that a few years ago, Arizona enacted SB 1070, which allowed state and local law enforcement to question, arrest and detain those who they suspected were undocumented. The law made its way to the Supreme Court, which stuck down all but one of the key provisions, citing federal preemption.

This power struggle has reappeared very recently in Texas. The Governor of Texas, Greg Abbott, instituted a border security initiative which includes filing a misdemeanor charge of trespassing against immigrants who cross the U.S.-Mexico border without proper papers. However, on January 13, a Travis County, Texas judge threw out the charges, finding that the initiative to arrest immigrants on state trespassing charges unconstitutional. The judge ruled that the U.S. Constitution’s Supremacy Clause, which states that the Constitution is the supreme law of the land, prohibits such a law because the federal government has the sole power to regulate and enforce immigration under the constitution. 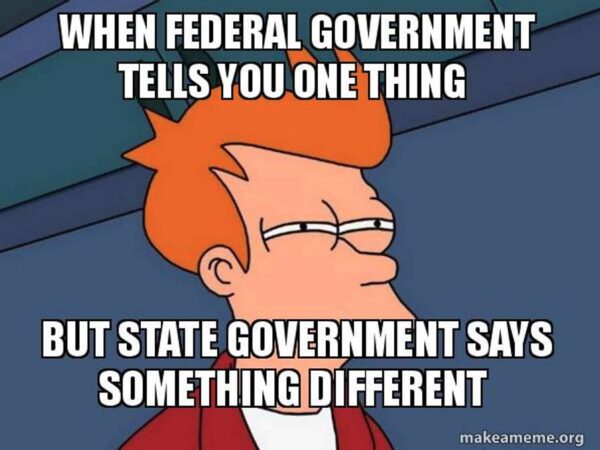 Laws like those in Texas and Arizona are almost bound to fail because of these federal powers. The federal government, through Congress, has already established a system for regulating immigration, including initiating deportation proceedings against a noncitizen. Congress has also established laws regarding the detention of noncitizens as well as the naturalization of noncitizens. The power from the Constitution, plus the federal law already established, bars the states from creating their own immigration laws and rules regarding naturalizing noncitizens.

Conversely, sanctuary city initiatives — in which local jurisdictions simply decline to cooperate with federal immigration authorities — have generally survived judicial scrutiny. It is worth noting that Arlington does not describe itself as a sanctuary jurisdiction. Arlington is quite welcoming to immigrants — indeed, Arlington has gone out of its way to fund legal defense for immigrants facing deportation — but Arlington does cooperate with federal immigration authorities in a limited number of cases.

We expect to see the Texas Governor Abbott’s initiative ultimately struck down, as these cases will more than likely make their way through the court system.

As always, we welcome your thoughts and questions and will do our best to respond.

Read more →
More Stories
A bank might be coming to the former The G.O.A.T. space in ClarendonDeveloper to take on transportation projects near construction site in Courthouse