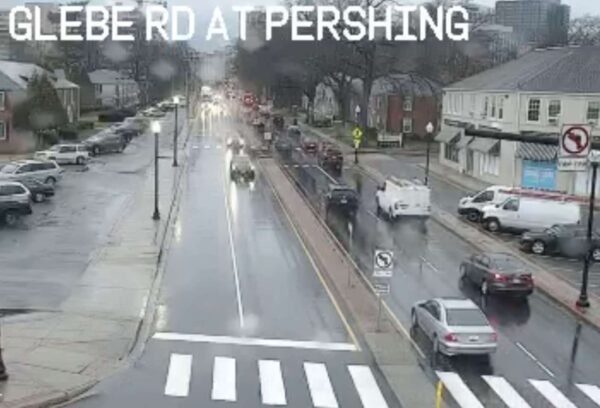 As commuters left to wet roadways this morning, predictions about when rain would switch to snow, and how much snow would fall, shifted.

Arlington is still under a Winter Weather Advisory until 1 p.m. today but Capital Weather Gang reports that the changeover to snow may be delayed in the D.C. area, lowering snow accumulation predictions.

The National Weather Service says snow accumulations up to 1 inch would mostly be on grassy areas. Arlington Public Schools closed today, using the school system’s last traditional snow day, in response to the initial weather advisory that forecast up to 2 inches of snow following rain during the morning commute.

“With expectations dwindling for any significant snow today, County crews will focus on preventing ice buildup as temperatures drop below freezing this p.m. and stay there into Sunday. Plan for a slow Friday,” DES posted.

The National Weather Service said to plan on hazardous road conditions, slow down and use caution while driving.

“When venturing outside, watch your first few steps taken on steps, sidewalks, and driveways, which could be icy and slippery, increasing your risk of a fall and injury,” the NWS advisory reads.

6:30a update: Switch from rain to snow may be DELAYED until 8 to 10a in DC area. This could lower accumulation potential somewhat to more like a coating to 1" (rather than closer to 2"). But quick burst of snow still possible after switch.
Details: https://t.co/QzFeGlwLwV pic.twitter.com/WTeKasytP4

See the latest update to the advisory below.

* WHAT…Rain briefly changing to snow by the end of the morning
commute, with snow accumulations of up to one inch mainly on
grassy surfaces.

* WHERE…The Interstate 95 corridor from northeastern Maryland
through the Fredericksburg area, including the DC and Baltimore
metros.

* IMPACTS…Plan on slippery road conditions. The hazardous
conditions will impact the morning commute.

When venturing outside, watch your first few steps taken on
steps, sidewalks, and driveways, which could be icy and slippery,
increasing your risk of a fall and injury.