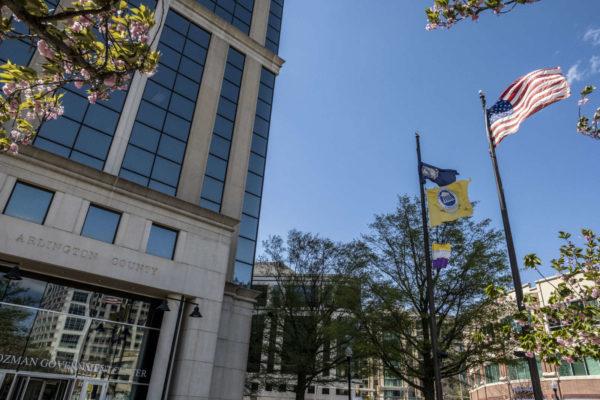 The program, called “Heart of Safety,” is the first county program established to find alternatives to prosecution in certain misdemeanor and felony cases committed by juveniles and young adults, according to a press release from the Office of the Commonwealth’s Attorney.

Parisa Dehghani-Tafti, the top prosecutor for Arlington and the City of Falls Church, announced today (Tuesday) that she signed a Memorandum of Understanding with Arlington Juvenile and Domestic Relations Court Services Unit and a county initiative called Restorative Arlington to found Heart of Safety.

Restorative Arlington began in 2020 to introduce to the public schools system, legal system and community new ways of holding people accountable for their crimes without putting them through the court process.

The founders of Heart of Safety say it will give victims a say in what they need to feel that justice has been served, while holding those who committed the crime accountable and reducing future crimes in the long run.

“Heart of Safety is about survivors’ rights, youth rehabilitation, and crime prevention; for survivors, it’s the peace of mind of taking charge of their recovery; for young people, it’s a second chance to make right what they did wrong; and for the community, it’s an investment in crime prevention,” said Dehghani-Tafti, who campaigned on a justice reform platform in 2019.

People who commit crimes and victims can volunteer to resolve their case through a conferencing process. Either the victim or the person who committed the crime must be 26 or younger when the incident took place to participate.

Cases have to be identified and deemed appropriate for the conferencing process, which is overseen by a trained facilitator. This person talks with both parties to listen to their experiences, understand what they need and determine if they should meet. If so, the facilitator brings the participants together to draft a restoration plan and follows up with them later to ensure they completed the plan and are satisfied with the outcome.

If this process doesn’t resolve the case, the Commonwealth’s Attorney can open a prosecution case.

“Heart of Safety embodies the priorities and interests of our community and is in full alignment with best practices in restorative justice diversion,” Restorative Arlington Executive Director Kimiko Lighty said. “We are grateful to be able to offer this long-awaited option for people who have been harmed in our community.”

Restorative Arlington worked with volunteers — victims of crimes, formerly incarcerated persons, teens and young adults — over the course of two years to establish Heart of Safety, according to the county.

Leaders of Restorative Arlington, meanwhile, are working with Arlington Public Schools to draft an agreement that would allow schools to refer students directly to Heart of Safety. The county says this will allow schools to hold students accountable for wrongdoing while keeping them out of the criminal justice system.

“Restorative Arlington’s Heart of Safety program will provide a great new option for diverting some youth from the traditional court process,” said Earl Conklin, Juvenile and Domestic Relations Court Services Unit Director. “It is an alternative model that has proven successful for both the youth and those who have been harmed.”

More statements in support of the program, via a press release from the Commonwealth’s Attorney’s office, are below.

“Punishment often makes the problem worse, particularly when it arises from unmet basic needs, a lack of skills, or a history of trauma in young people,” said Arlington resident and co-founder of the Coalition for Trauma Informed Schools, Juliet Hiznay. “Heart of Safety facilitates communication and enables community members to identify root causes of harm while developing meaningful solutions in response to these harmful acts.”

“Mass incarceration is one of the greatest civil rights injustices of our era,” said Arlington NAACP Branch Vice President Mike Hemminger. “The implementation of this research-based program will surely have life changing results for those who have interactions with our current punitive legal system.”

“I have seen how the legal system traumatizes people with punishment, which is different from accountability, while the needs of the people affected by their actions have gone unmet,” said Liane Rozzell, who started the Restorative Arlington initiative during 2020 while on loan from the Annie E. Casey Foundation. “Through Heart of Safety, people will have a chance to take real accountability through acknowledgement, remorse and repair, including becoming people who won’t repeat that harm.”

“I see restorative practices as effectively changing the mindset around how victims and those who harmed them interact in a way that brings healing to both parties,” said Arlington resident and Arlington Civic Federation President, Allan Gajadhar. “More importantly, it does so in a way that does not perpetuate the harm with punishment and revenge cycles that perpetuate the underlying socioeconomic contributors to harmful behaviors.”

“At the Annie E. Casey Foundation, we are committed to improving community safety so that all children, youth, and families have the opportunity to thrive,” said Jaquita Monroe. “Arlington’s Heart of Safety aligns with positive youth development principles and focuses on reducing the disparities we see in justice systems across the country. We’re pleased to have supported the development of this program and we look forward to seeing great results.”