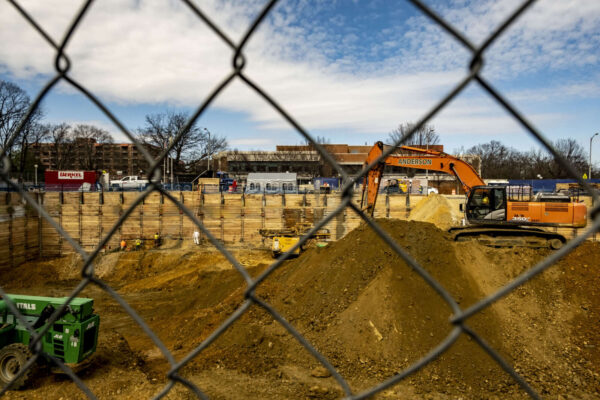 Police Holding St. Paddy’s Event — “On Friday, March 18 from 8-10 p.m., join officers on N. Hudson Street at Wilson Boulevard in Clarendon for the Don’t Press Your Luck anti-drunk driving event. This event is free and open to the public and is designed to highlight the effect alcohol has on motor skills.” [ACPD]

How to Help Ukraine — “Arlington and Ivano-Frankivsk were formally declared sister cities on March 4, 2011… The Arlington Sister City Association has identified the following trusted organizations as providing a variety of services to the Ukrainian people. Please consider helping our friends during this difficult time.” [Arlington County]

Local Foster Dog Delivers — From the Animal Welfare League of Arlington: “If you order through UberEats, keep an eye out – Orlando might be your delivery-dog! Orlando loves joining his foster mom on delivery runs, and always sings along to the songs on the radio. We give him a 5-star rating!” [Twitter]

‘Freedom Convoy’ May Be Coming — “The U.S. protesters inspired by the self-styled ‘Freedom Convoy’ that occupied downtown Ottawa for weeks headed out from Southern California last week for a cross-country trip to the D.C. region. They plan to arrive this weekend, and Virginia State Police describes the convoy as a “still-fluid situation.” [Washington Post]