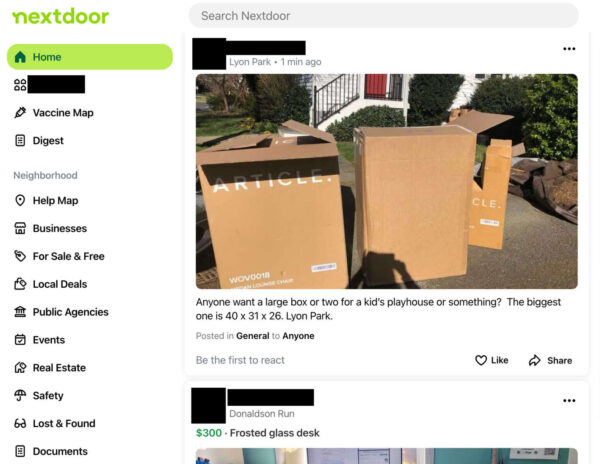 Love it or hate it, Nextdoor has undeniably found its place in local life here in Arlington.

It’s a place where people go to buy, sell and give away things; kvetch about noise or other local inconveniences; share crime and safety tips; and — for the past week at least — share lots of photos of cherry blossoms. It’s used by thousands of Arlington residents and the county itself to share information.

Some people, notably those who run Nextdoor, see the social network as a force for good and for building empathy in local communities. Others see more nefarious effects, like vigilantism or racism. Others see the frequent (presumably) unintentional humor.

One line of thought as the pandemic (hopefully) nears a conclusion is that more people will go out and do things in real life and spend less time on their phones having screen-based interactions. For Nextdoor, however, user growth appears to be accelerating.

In the last three months of 2021, Nextdoor reported 36 million weekly active users, up 32% from 27 million the prior year.

With that said, the experience here in Arlington — where Nextdoor has been around for a long time — may be different. So today we’re asking: are you using Nextdoor more or less now than you did around the same time last year?