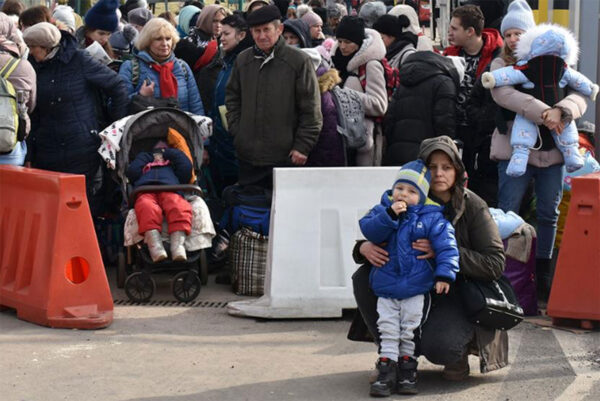 The United States and the countries of the European Union are offering differing levels of protection to Ukrainians fleeing the war.

These differences reveal deeper characteristics of the immigration bureaucracies, and the political systems that operate them, in both sides of the Atlantic. In this (mildly editorializing) explainer, we will explain the differences between the European and American approaches, and provide our assessment, as practitioners, about the workability of the U.S. approach.

As always, we welcome comments and will reply to all that we can.

Once a Ukrainian refugee enters an EU border state, she can move at will throughout the Union. She is eligible for an immediate grant of temporary immigration status until March 4, 2023. (This temporary protection will not prevent her from applying for permanent protection via the asylum processes of each member state.) She is eligible for social welfare assistance, medical care, education for her children and eligible to work.

This one-year temporary status will be extended to a full three years if the war continues.

The United States has taken a broadly different approach to Ukrainian refugees, characterized mainly by a preference for pre-existing law.

What are the differences between the U.S. and European approaches?

The difference is legal formalities; the U.S. is insisting on them, and the European Union is not. That difference is a big one, and it is creating – as law always does — absurdities. For example:

It is hard to say why the United States is pursuing a formalist approach to managing refugee flows. Simple proximity is probably the most important reason; the Europeans have nearly a million refugees at their doorstep, and we don’t. But, as practitioners in this area, we think that another important limitation on the U.S. response is the unmanageability of the bureaucratic machinery.

Without Congressional action, the Biden administration can only operate within the formal structure of pre-existing law, and the immigration machinery, divided as it is between bureaucracies with differing remits and differing levels of competence, is neither nimble nor humane.

We have seen Congressional action before, in previous refugee crises, like the breakup of the Soviet Union and the collapse of the South Vietnamese government. If the U.S. is going to do its part to shelter those fleeing the conflict, Congress is going to have to get off its collective duff and pass a law.