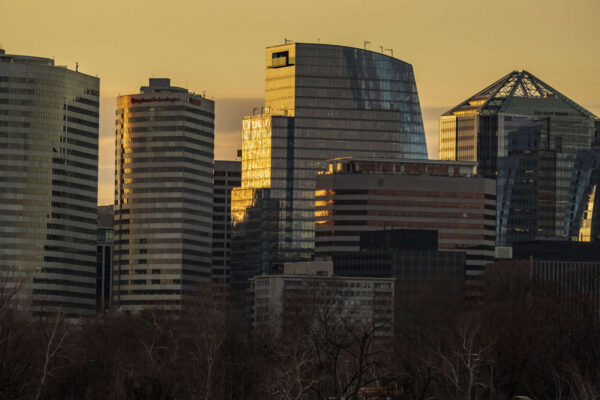 The last two plus years have seen a lot of change in terms of how commercial space is used, said Jill Hunger from the Dept. of Community Planning, Housing and Development (CPHD).

“We are experiencing rapid shifts, a lot of it was accelerated [due] to Covid,” Hunger said. “Where and how we work have changed as well as general consumer behavior and expectations.”

This has led the county to consider less traditional uses of spaces that could be approved quickly, like micro fulfillment centers (small-scale warehouses), maker spaces, data centers, animal boarding, urban agriculture, and breweries.

These types of uses would require, according to a presentation by CPHD, only “minor tweaks” to already-approved zoning uses and, in some cases, are already allowed in neighboring jurisdictions. Another advantage is that these types of uses could also be approved within six months, which is considered a quick timeframe.

By more quickly approving a larger variety of commercial uses, it could help bring down commercial and office vacancy rates that have hit nearly 21%.

“We are still facing tremendous headwinds, especially with commercial office vacancy,” said Marc McCauley, Arlington Economic Development’s (AED) director of real estate development. “[There’s] uncertainty of when people are returning to the office and how they are going to use the space differently.”

Nearly half of Arlington’s local property tax base comes from commercial properties, which helps to keep taxes on residential properties lower than would otherwise be needed to provide the current level of local government services.

AED told ARLnow earlier this week that the department is continuing to work on reducing commercial and office vacancies.

As was noted several times during the Planning Commission meeting, the proposed changes would be similar to those that were approved for Columbia Pike late last year.

In November, the County Board approved changes allowing for more retail variety on the ground floors of buildings along Columbia Pike. This might lead to businesses more often seen in industrial districts, like a brewery, distillery, or a shared commercial kitchen opening on the Pike.

“We started out hearing that Columbia Pike was unique but what we heard from a lot of [people], including this commission, ‘why isn’t this good for everywhere?'” said Marc McCauley of AED.

To this end, CPHD is looking to institute a pilot program that would allow micro-fulfillment centers, where all deliveries would be by bike or foot, to quickly move into these commercial spaces.

The hope is to go through the approval process in four months, starting with a request to advertise this month, so that this pilot would come before the Planning Commission and County Board for final approvals in October.

As the county, region, and nation continue to grapple with how the pandemic impacted office vacancies and changed the economy, officials are realizing the old ways of approving commercial uses may no longer work.

“What we are trying to achieve is… when we are building spaces and suggesting different uses that we are not precluding anything,” said Hunger. “We are trying to be more inclusive and not exclusive about what can and can not go in.”