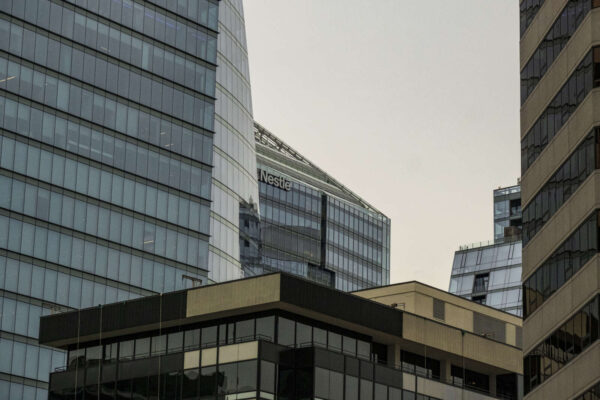 In late 2019, Arlington’s rate of vacant office space was at a six-year low, 15.5%, and poised to continue dropping.

But the pandemic reversed that trend, and today, the vacancy rate hovers around 20%.

While companies continue to weigh going in-person, county staff are working to bring down the vacancy rate. That’s a crucial task for Arlington County, as it derives its commercial property taxes from full — not vacant — office buildings.

“We know nonprofits and associations have been hit hard and that’s a big part of our office market, so that’s troubling. When it comes to tech, government contracting and professional services, there’s a lot of differences among tenants you talk to in terms of their culture: if they are back, how they feel about having people back, how many days a week they’re back,” says Marian Marquez, the director of business investment for Arlington Economic Development. “Until we get past the health crisis, it’s going to be hard to see through a lot of that.”

One new variable is 600,000 square feet of space on the sublease market, which is double the pre-pandemic level and accounts for 7% of total vacancies, she says. In addition, some federal tenants long on their way out finally had their offices go to market.

The office vacancy problem is an entrenched one and not unique to Arlington, says Marc McCauley, AED’s director of real estate.

“For the past decade… the question of ‘Do we have too much office space in the U.S.? has been the major issue,” he said. “That’s not just an Arlington issue, or a Washington, D.C. issue. Even before pandemic, tenants were using space differently, space per employee was plummeting, and almost cut in half.”

From 2016 to 2019, AED worked to drop the 21% vacancy rate by convincing high-growth companies that Arlington “wasn’t a government town,” Marquez said. Now, AED staff and county planners are working to update zoning codes and allow for a wider variety of office tenants, while making zoning processes less onerous for owners seeking to renovate their aging offices. In addition, AED is encouraging, where it can, less speculative office construction and more residential development instead.

“We see tenants that come in and say, ‘I want to do a wet lab or a robotics engineering floor.’ Right now, zoning is an impediment to that — that would be viewed as industrial in an older code,” he said. “We want to open up offices to creative use of space… [We are] excited about letting them fill the space with newer technologies that an older, 1950s ordinance viewed as industrial.”

Marquez said there’s interest in innovation and light research and development spaces, or even using an office building as a micro-fulfillment center.

Salim Furth, a senior fellow at the Mercatus Center at George Mason University, who recently wrote that municipalities can tackle their office vacancy rates by allowing residential development, tells ARLnow that Arlington could go a step further and allow an even greater mix of uses.

“It’s very normal to have some floor for office, and ground floor is retail… but mixing and matching uses — where some floors are for a hotel, some are for a school — these are very normal things that cities should do, and we should make it work,” he said.

CPHD and AED are also looking to make it easier for office building owners to update their buildings. Right now, McCauley says, those who want to add a mezzanine or rooftop, or bump up the ground floor ceiling heights to accommodate retail, have to go through a site plan amendment process that is “too burdensome for the level of change to the building.”

One thing is certain. The era of speculative office construction is falling away, and apartments are a far stabler market, according to McCauley. AED has been working with the development community to encourage switching gears in the face of today’s uncertain office market.

Some stalled office projects here have gotten a reboot as residential developments. The vacant Wendy’s lot in Courthouse, set to be office space, was sold to Greystar, which will build an apartment building. Meridian changed its proposed four office buildings in Potomac Yard Land Bay C, near Crystal City, to be half-office and half-residential.

Property owners seems to be responsive to those changes, he said.

“There hasn’t been a lot of pushback during these review process when developers come in for change of use,” McCauley said. “I think everyone is aware that the amount of new office square footage that will be built speculatively has been very little and that office is more strategic for a developer with a tenant-in-hand, or for a major opportunity like Amazon.”

Furth says while Arlington’s planners “deeply grasp the value of mixed-use districts” that permit both residential and office uses, developers working in those districts still have to go through the long, drawn-out site plan process if they want to tear down an office building and erect apartments. That should change, he opined.

“The county pushes development through a pretty discretionary process that is pretty slow,” he said. “The longer it takes to bring something to market, the less you can respond to changing conditions. Having clear, by-right uses, we should just allow all those uses. What Arlington has done, even though it calls a lot of its districts ‘mixed-use,’ you need a site plan review, which is discretionary, and attended by politics and controversy, to build a multi-family building.”